The Milwaukee Brewers just held a press conference to tell the world that Hank the Dog — their beloved unofficial mascot for the past two years — is not, in fact, dead. He wasn’t even mostly dead. He is very much alive.

This was necessary, we have noted, because the eagle eyes at Brew Crew Ball noticed some differences between pictures of the Hank we met in 2014 and more recent pictures of him in which he appeared to be fluffier and fatter and, well, whiter than he used to look. That’s understandable, the Brewers noted today. He’s simply better taken care of and better fed now that he is a Wisconsin Institution than when he was a stray on the streets of West Phoenix.

But the Brewers aren’t asking you to simply take their word for it. They produced a notarized letter from a veterinarian stating that he examined Hank yesterday and that both a microchip implanted in the original Hank in 2014 and the dog’s dental records matched up. He ended by saying that the dog in question was “Definitely the Original Hank.”

Well, except for the part in which notarization does not attest to the truth of the statements in a document but, rather, merely that the signatory to the document is who he says he is. But I suppose we’ll let that pass on the basis of the vet in question being a professional in good standing whose truth should be presumed unless and until there is solid evidence to dispute it. Or unless he suddenly disappears tomorrow in a loose-end cleanup operation by the shady forces which control the Milwaukee Brewers and the Hank Industrial Complex.

Haha, just kidding. There is no reason whatsoever to ever disbelieve a press conference held by the Brewers during spring training. 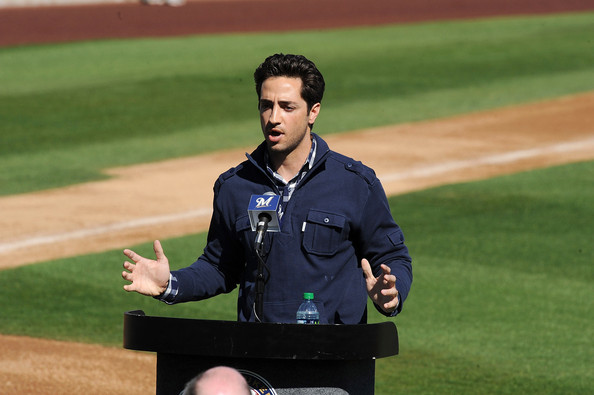