Last week it was all about Yoenis Cespedes‘ crazy cars. He’s now moved on to a big Cespedes-style BBQ, it seems, so this week the older generation takes a turn showing off its wheels.

Joe Maddon, America’s Cool Dad, drove his 1976 Dodge van to Cubs camp in Mesa yesterday, with Earth Wind and Fire coming out of the sound system. When he parked, out of the van popped a bunch of coaches and players wearing what people in the 21st century kinda sorta think what people in the 1970s wore. Points for effort, I suppose. Oh, and the name of the van, for some reason, is “Cal State Fullerton.”

Maddon’s explanation: “It’s just one of those moments – whatever it takes to bring the group together, we’ll do it.” Which is pretty much Maddon’s m.o. for stuff like this, even if it usually comes later in the season to chill guys out.

Some of the scenes: 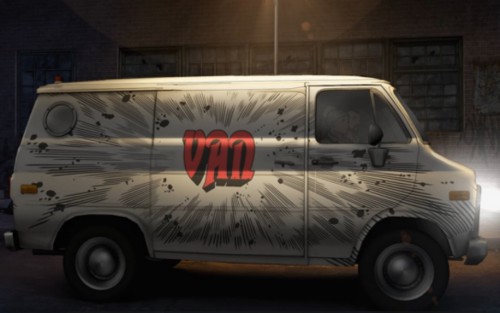 Oh, wait. That’s something else.