Carlos Marmol was once one of baseball’s toughest closers to hit. He didn’t pitch in the majors at all last season and had to settle for a minor league contract with the Red Sox for the 2016 campaign. At this peak of his career, in 2010, Marmol saved 38 games with 138 strikeouts and 52 walks in 77 2/3 innings. What happened?

The Red Sox believe they’ve identified the culprit, WEEI’s John Tomase writes. Brian Bannister, the director of pitching analysis and development for the Red Sox, noticed that Marmol had been releasing the ball at a higher point in recent years, which limited the effectiveness of his slider.

The theory has some merit. Here are his vertical and horizontal release points, via Brooks Baseball: 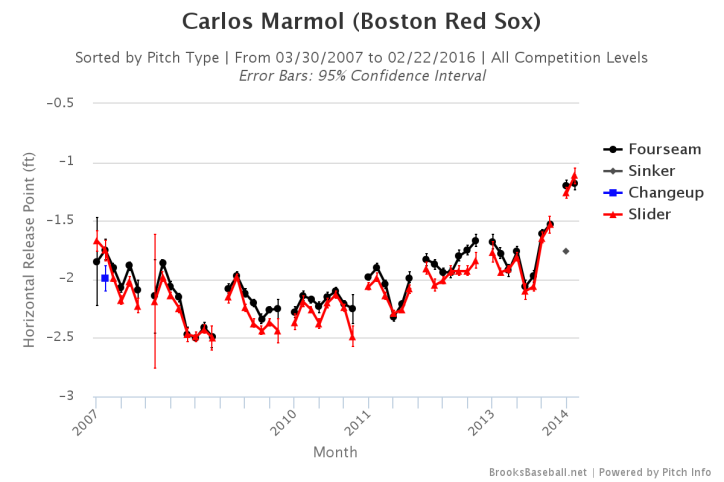 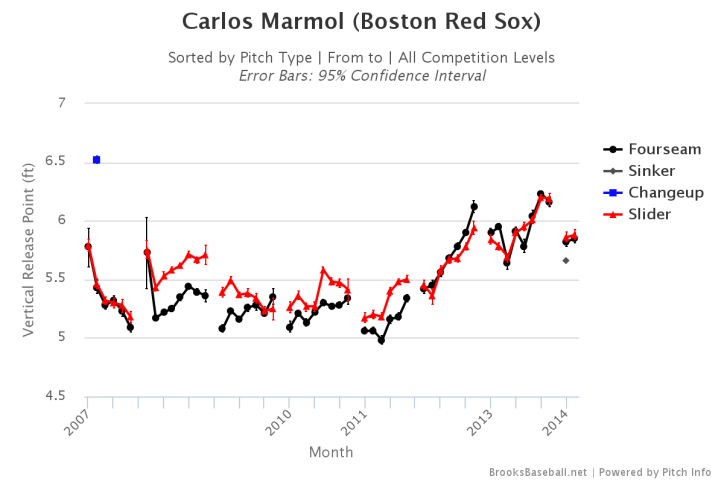 Marmol will have to prove Bannister right with a strong spring performance if he wants to make the Opening Day roster.