It’s a profoundly slow day in the world of baseball. The majority of the sports oxygen is being sucked up by the Super Bowl and the inevitable “player caught up in prostitution sting” kind of business that seems to happen every year. What isn’t being taken up by that is being taken up by National Signing Day. You know, where colleges, the NCAA, sports networks and for-profit recruiting websites and newsletters make a crap-ton of money off of high school seniors. A nice introduction, it should be noted, to those same entities making money off of them for the next 3-4 years while they risk ruining their entire future if they charge someone $20 for an autograph.

What else is going on? Oh yeah, that O.J. Simpson miniseries started last night. I can’t bring myself to watch it. I lived through it and found it all tedious and depressing then, so I can’t imagine what I’d find interesting about it now. I guess it’s good that David Schwimmer and Cuba Gooding Jr. have found some work, though. They seem like nice fellas. And it did inspire me to write about what I remembered from the O.J.-mania of 1994-95 last night. Not that it inspired me to anything inspirational. I wonder what the guy who owned the bar with the “O.J. Simpson Trial Happy Hour” draft specials is doing now? Probably rolling in cash in the Caribbean someplace.

As for baseball: jack squat at the moment. The closest thing I’ve seen that has even inspired an ill-formed baseball thought this morning is a trend-piece in the New York Times about how Millennial men think that gray hair is really cool and sexy and they’re now dyeing their hair gray. Or, given that this is a New York Times trend piece, it means one celebrity and two New Yorkers the reporter knows have done it so it must be a thing now. All I’ll say is that these Millennials with their actual hair should check their privilege because SOME of them are gonna go bald before they’re 30. Or so I’ve heard. I wish I knew someone writing New York Times trend pieces in 1996. I could’ve gotten ahead of the curve.

Anyway, the baseball: Bryce Harper, who I think may be too young to be considered a Millennial but never mind that for a minute, dyed his hair gray back in October, so it must be a thing. From his Instagram at the time: 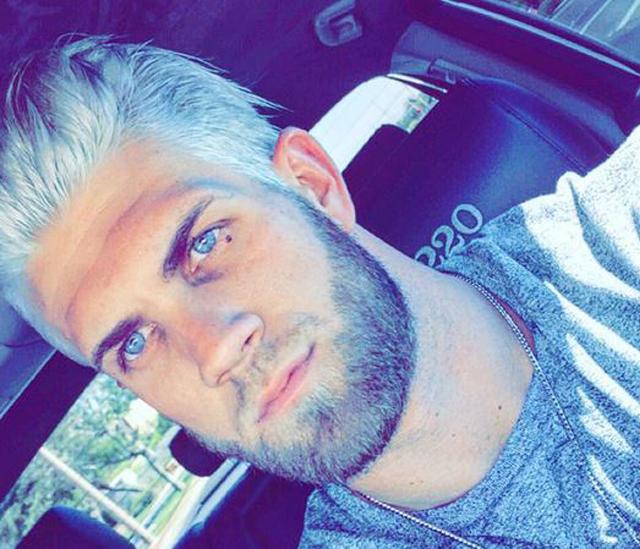 He has since changed it back. At least mostly. This, from earlier this month, shows blonde highlights: 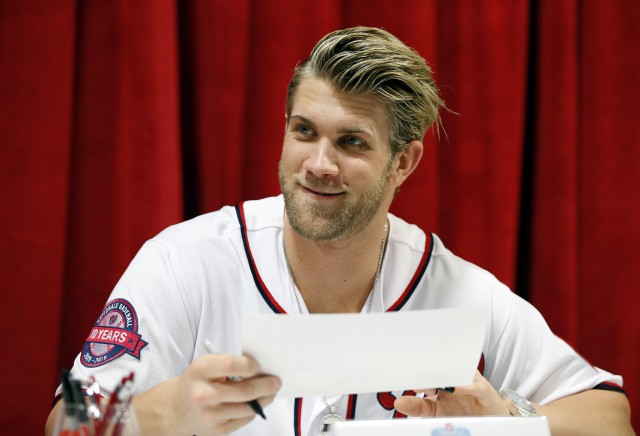 Which is maybe just evidence that, by the time the New York Times has written a trend piece, the real cool kids have already stopped doing the thing they’re writing about.

And the SUPER DUPER cool kids were doing it, like, 56 years ago: 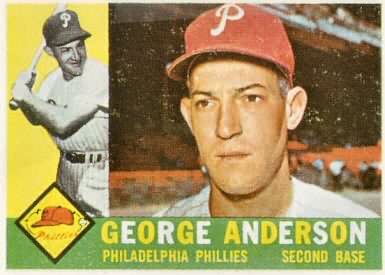 Sparky was 26 when that picture was taken. Check out those temples. It doesn’t get hipper than that.