The Phillies have long been one of the best-dressed teams in baseball. Even in the unfortunate 1970s and 80s when a lot of clubs moved away from their classic styles, they did way better than a lot of others in forging a new direction with different colors and fonts and things. The maroon stuff worked for them as did pinstripes and powder blue. All of those things were fashion options other clubs adopted to greater or lesser degrees, usually poorly.

And, of course, the Phillies classic uniforms — which, for the most part, is what they returned to in the 1990s and beyond — have always looked pretty sweet. As do their retro alternates they wear sometimes.

All of which makes me wonder how the new solid alternate they plan on wearing will go. It was announced yesterday. It looks like this: 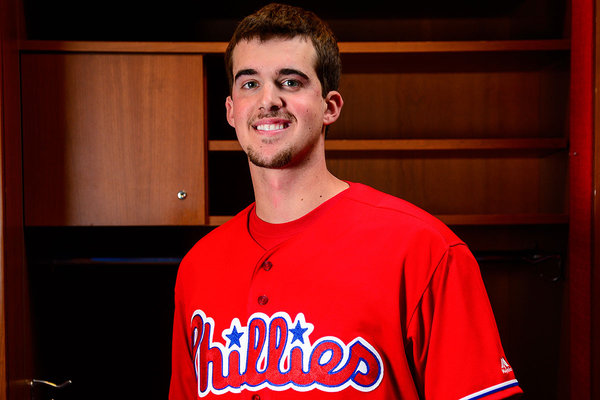 On the one hand, the Phillies have always made whatever they wore look good. On the other hand, solid alternate jerseys are usually terrible. Solid reds aren’t as bad as, say, solid blacks which are terrible on just about everyone, but it’s tough to pull off. The Reds look OK in theirs. The Braves look godawful in theirs.

I’m willing to give the Phillies the benefit of the doubt here given their track record, but I’d prefer to see them in their whites and grays all the same.