John Rocker, who savvily realized years ago that saying stupid things would keep him moderately relevant in certain odd backwaters of the popular culture, wants us to know who he supports for president. You’ll be shocked to learn that it’s Donald Trump. Why? Because, according to The Daily Caller, Rocker admires Trump’s stances on “the economy, guns and immigration,” which Rocker says are “the most important issues to the country today.”

No one tell Rocker that, for as much as he has demonized immigrants, Trump has proposed a lot of liberal/populist economic programs such as getting rid of loopholes exploited by the very rich and has proposed large federal expenditures to rebuild America’s infrastructure. Likewise don’t tell Rocker that Trump said this about gun control last year:

The Republicans walk the NRA line and refuse even limited restrictions. I generally oppose gun control, but I support the ban on assault weapons and I also support a slightly longer waiting period to purchase a gun.

Which, whatever you think of guns or Trump, is a position that Rocker would probably hate if he was told Obama supported it. Which he more or less does.

But maybe the best part of this story about Rocker is how he thinks Trump is the best man for the job because he talks tough and unapologetically so:

“I wish someone, excuse the frankness here, would have the sack, would have the backbone to make unpopular comments, and when folks come out — mainly media, special interest groups, factions, things like that — and just start hammering them and demanding apologies… I’ve always wanted to see the person that’s like, ‘Yeah, I’ve made these comments, these are my beliefs, and you know what, if you don’t like it stick it. I’m not apologizing, I’m not changing,”

This from the guy who spent years claiming he was misquoted by Jeff Pearlman in the infamous Sports Illustrated story in which Rocker slammed homosexuals and various ethic groups. Or at least he did before he went on his apology tour. Which lasted until he changed course again and decided to embrace his comments. Then I think there were more apologies. I’ve lost track. Either way, I am 100% certain that if Rocker said this stuff about New Yorkers today, New Yorker Donald Trump would probably call him a “loser.” Which would be pretty hilarious.

Oh well, at least we heard from John Rocker again. I start to worry about him if he hasn’t spouted off about something in the past several months. 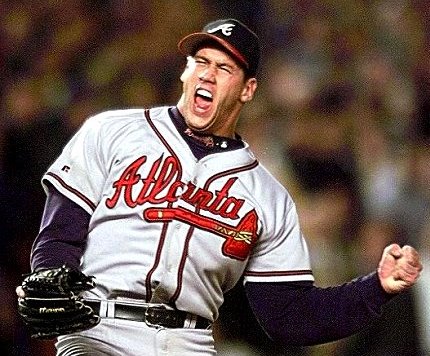