Yesterday Ryan Howard and Ryan Zimmerman filed a defamation lawsuit in the wake of a documentary aired on Al Jazeera America alleging that they and other athletes took performance enhancing drugs. It’s a bold, bold move, doing what many in their position have threatened to do before — and what people on the sidelines often demand from athletes before they are willing to believe the athletes didn’t take drugs — but which few have ever actually done.

As we’ve discussed here at HBT several times in the past, there are two main reasons few athletes have filed such suits. First: many accused athletes actually did take drugs and their denials are mere posturing. It’s wrong to presume that of any athlete, of course, but the reason so many anti-PED people demand that players file lawsuits in order to be believed is a product of so many past denials proving false.

The second reason, and the far more important reason for our purposes given that we should presume Howard and Zimmerman’s innocence, is that there is a lot to lose when you sue for defamation, even if you are telling the truth.

When I practiced law, I handled several defamation cases, both on behalf of persons suing and on behalf of news entities being sued. The biggest takeaway: defamation cases are hard to win.  This is especially true when the plaintiff is a public figure as Howard and Zimmerman are. For public figures to win defamation suits they have to prove that the statements in question were made with “actual malice.” That means that they have to prove that Al Jazeera either knew the comments in question were false or broadcast them with reckless disregard as to their truth. That is one of the highest standards in the law, often requiring documented knowledge on the part of the broadcaster, such as an email in which someone admits that they were broadcasting lies. While, on occasion, celebrities meet such a standard, it is very rare for them to do so. 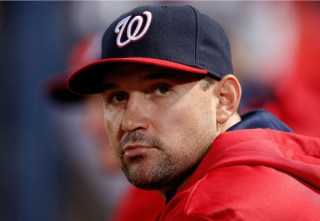 People in the sports world are aware of the Al Jazeera documentary. But it is quickly fading from memory. Just look at Payton Manning’s coverage over the weekend: it was all about him coming off the bench and leading the Broncos, not PED allegations. Once this lawsuit gets going, however, it will get more coverage. People who had no idea that there was even a question about Howard, Zimmerman and PEDs will read news reports that — in the interests of appearing to be balanced — will lead with “Did Howard and Zimmerman take PEDs? A documentary from a major news organization says they did!”

To be clear, it’s totally unfair for a wronged person to have to go through that and to have to continue to issue denials as their case carries forward, but that’s how it goes. Which is why most lawyers advising people in their position usually tell them that they’re better served by letting the story die than they are by trying to vindicate their legal rights with a defamation suit. The analogy I used to use with clients: you don’t want to have asbestos in your basement, but if you find out it’s there it’s way worse to start tearing it out than to just leave it be.

A third problem, though one that is not as common, is that defamation lawsuits lead to the release of dirty laundry. Ultimately, these cases are about the good name of the plaintiff and the damage done to that good name. That makes it the job of the defense to research the background of the plaintiff to make sure that, yes, that name was good all along. In this process private investigators are used and all manner of stuff can be uncovered. Even if the bad stuff has nothing to do with the claims (i.e. PED use in this case) it often has a way of coming to light.

Remember those awful revelations about Roger Clemens and Mindy McCreedy? Those all came out because Clemens mounted a loud defense of his character following the Mitchell Report and sued for defamation, incentivizing both his opponent and the media to dig into his past. It is extraordinarily unlikely that guys with the good reputations Howard and Zimmerman have are hiding such skeletons — and they likely considered this aspect of it before filing suit — but you never know what will come out or what, which looks innocuous at point A in time may look bad at point B if and when it becomes known. This is precisely why a lot of people let sleeping dogs lie, even if someone is lying about them.

Finally, there is what I feel is the biggest problem with defamation lawsuits: the possibility of, perversely, making the world believe the statements in question are true even if they aren’t.

There are a lot of ways to lose a lawsuit which have nothing to do with failing to prove that someone lied about you. Technicalities. Failures having to do with something other than the main issue. The plaintiff proves there was a lie but can’t prove that they were damaged, resulting in a $0 judgment. Or that they proved a lie but couldn’t prove it was malicious. Or it gets dismissed for some other reason, the possibilities of which are several. People watching the case very closely — the savvy and the legally-trained among us — may appreciate that the loss was on something other than the merits and believe that Howard and Zimmerman righted a wrong. But a lot of people will merely see “Zimmerman and Howard’s case dismissed” or “Zimmerman and Howard get zero damages” and figure that they simply lost and that the statements weren’t lies after all. 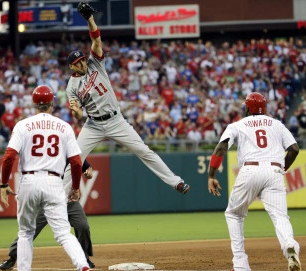 This happens more than you may think. Remember the USFL? They “won” their lawsuit against the NFL back in the 1980s, but most people think they lost because they got only $3 in damages. Barry Bonds eventually prevailed on his criminal case but if you polled the public I bet very, very few people realize that given how long and difficult the process was for him to finally have the charges dropped. The same happens with defamation. If the case goes forward and Howard and Zimmerman prevail but only partially or if they lose on some technicality, the story will always end with “Zimmerman and Howard were ultimately unsuccessful in their lawsuit against Al Jazeera.”

This case may not present as big a risk as many defamation cases do. Based on what I’ve seen and read, there are a LOT of questionable aspects to that Al Jazeera report and there is zero beyond it which has ever suggested that Howard and Zimmerman used PEDs. But as I have demonstrated, the actual truth is often the least of a defamation plaintiff’s concerns and there are a million potential ways a lawsuit like this can and often does blow up in a celebrity’s face. One hopes and maybe one can assume that Howard and Zimmerman were well aware of this before filing, assessed the risks and found them to be minimal compared to the benefits of suing. One further hopes that, if any question about the report has been raised in Al Jazeera’s mind after the fact, they simply settle the matter quickly and quietly to Howard and Zimmerman’s benefit. Indeed, that — or a retraction or apology — may be all that Howard and Zimmerman are seeking here.

But if those things aren’t the case, there is the possibility that Howard and Zimmerman have gotten themselves into a situation that, a year from now, they’ll wish they hadn’t.