There have been a handful of “the Cubs are now the World Series favorites!” stories going around since they signed Jason Heyward, Ben Zobrist and John Lackey. And, with a respectful nod toward San Francisco, it’s hard to quibble with the notion that the Cubs have done more to improve themselves so far this offseason than any other contender.

Still, it seems rather weird to be handicapping the 2016 World Series in December of 2015. Sure, many of the biggest moves have already gone down, but late December and all of January are full of other transactions, many seemingly minor, which always have a big impact in the next year. And that’s before you remember that, most of the time, the team that “wins the offseason” does not win the World Series. Just go back and look at all the shade thrown on the Royals last winter to see how that all works out.

With all of those caveats in mind, the folks at Bovada have just sent around the latest 2016 World Series odds. They are, no doubt, calculated at getting people who don’t pay attention to those caveats to put money down on the Champions of the Offseason: 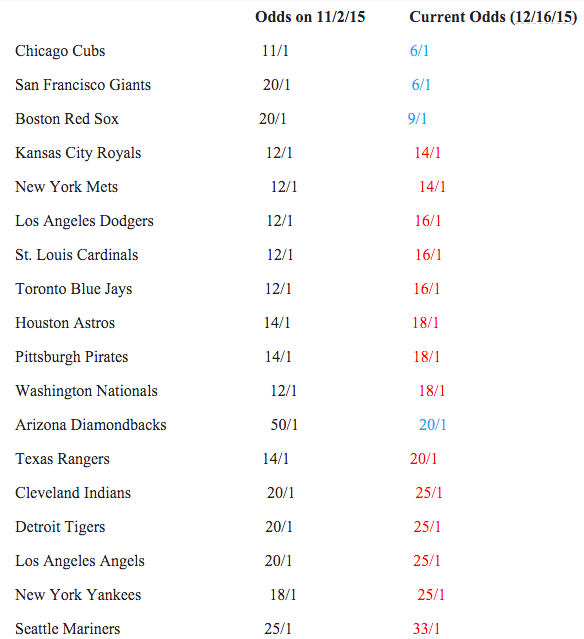 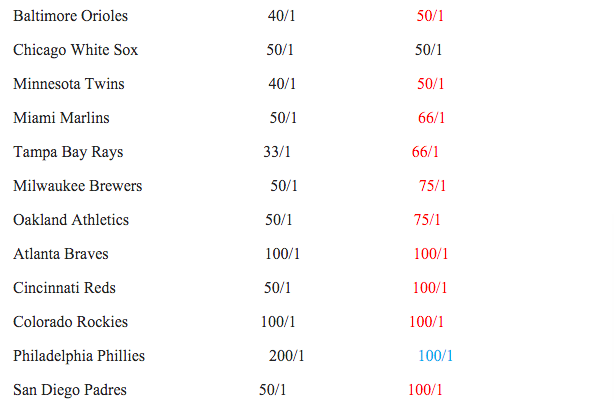