NASHVILLE — It’s a phrase you hear thrown around a lot, but most of the time you ignore it as it’s something of a place-holder. A seemingly empty phrase that is preferable to an “ummm . . .” and maybe a bit more refined than “he’s a real competitor,” but which is somewhat less illuminating than actual silence. The phrase: “baseball man.” As in someone in or around the game saying of a player, manager or an executive, “he’s a real baseball man.”

What does that actually mean? Aren’t they all baseball men? We’re talking about baseball and only baseball here and, with, sadly, only a few exceptions, they’re all men. Yet that phrase has been used for decades. Maybe even as long as the game has existed. Offered as praise despite its superficially tautologous nature. It was a tautology that I had long ignored because of its seeming meaninglessness. Our lives and personal interactions are filled with such empty phrases and platitudes. They’re social grease, really. Harmless.

Recently, however, I began to wonder if there was something more to the phrase. Whether it’s a subtle or maybe even subconscious form of signaling within the baseball tribe which says something more than even those who use the term really even know or, at the very least, acknowledge. So I decided to to talk to a couple of people who have spent many years interacting with baseball men to see if I could figure out what makes them thus.

“The first thing that comes to mind when someone says ‘baseball man’ is someone who has been in the game for a long time,” said a current network analyst and former member of a major league front office. “It’s probably been his lifelong career. He didn’t come to the game late. It often means that he played but not universally. I have heard that applied to people who didn’t play or who barely played. But it’s just someone who’s kind of . . . been around.”

But tenure isn’t, in itself, enough. A current major league broadcaster told me that it’s not just about spending a lot of time in the game but, rather, mastering many aspects of it that make one a true baseball man.

It also means he’s unwavering on his path. The broadcaster:

“It’s about career dedication, too. For a baseball man there isn’t anything else. Baseball’s your job. A lot of it is about want. About when a guy’s career is winding down if there was ever a doubt about what he wanted to do next. Baseball men know exactly where they’re going. If it’s up in the air before they decide to coach or whatever, maybe they don’t get the badge of ‘baseball man.'”

Both the analyst and the broadcaster agreed on this, though: being a baseball man is just part of the journey:

“A baseball man is not someone who has risen to the top of an organization, but he’s probably had a bunch of different roles. He’s like a lifer,” the analyst said. “Well, actually, a ‘baseball lifer is someone who is retiring. A ‘baseball man’ may not quite be that far along yet.” The broadcaster noted that there was a baseball man apprenticeship too, saying “you start, probably as a player, as ‘a baseball guy.’ Eventually, when you’re older you become a ‘baseball man.'” 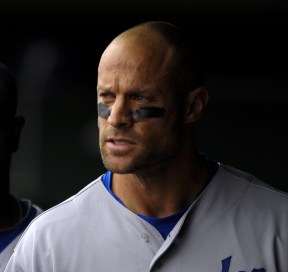 This was all interesting to me, but it was also somewhat less than satisfying. Probably because what stirred my interest in all of this was the recent Dodgers managerial search which came down to finalists Gabe Kapler and Dave Roberts. Roberts, of course, got the job, but during the interview process there was some “baseball man” chatter that confused me to some degree. It was most evident in a Bill Plaschke column which referred to Roberts as having a “baseball soul,” referring to other candidates like Tim Wallach and Ron Roenicke as “baseball men” and said that Kapler, while not an ideal candidate in the writer’s mind, could be “a palatable hire” if he were surrounded by “baseball folks” who could provide him guidance. And it wasn’t just Plashcke who said this. Others such as ESPN’s Buster Olney gave subtle nods to the idea that Roberts is a baseball man in ways that Kapler isn’t.

What made this confusing is that it’s hard to find two people who, superficially anyway, have more identical resumes than do Kapler and Roberts, rendering my analyst’s and my broadcaster’s views on this somewhat less-than-explanatory.

Kapler played twelve seasons in the majors and fifteen years total in professional baseball. He has even managed before, serving as the skipper for the Red Sox low-A affiliate. Roberts played ten years in the majors and fifteen seasons in pro ball. He coached with the Padres, but never managed. Kapler spent some time in media, working for Fox. Roberts spent some time in media working for NESN. Kapler spent a year as the Dodgers Director of Player Development. Roberts spent a year as a special assistant in baseball operations for the Padres.

Even that “want factor” the broadcaster mentioned was complicated here, because both Kapler and Roberts have their own particularly laid-back California pursuits outside of baseball. Kapler is a personal fitness enthusiast. Roberts owns an interest in a winery. While, in an interview and in the course of their work they no doubt approach things differently, it’s hard, based on what I was being told, to justify casting one of them on one side of a “baseball man” dichotomy from the other.

So I asked the analyst and the broadcaster about this particular case. Why is Roberts the baseball man here and Kapler not?

“Part of it is tied to a structure and a career path,” said the broadcaster. “Dave went on the path from minor league player to major league player to front office for a bit to coach to manager. He follows the natural progression. Gabe went from player to minor league manager, back to player, to media to special assistant and back to coach. Male model was in there too. It’s not the same kind of path. Gabe is more of a renaissance man. He’s got a lot of different interests. It’s not a radical path, but a little bit different of a path and that’s probably what changes it some.”

True, but it’s not like Kapler took a decade off to go hiking in Patagonia or something. He’s done about as much as one can do in the game at his age and, by all accounts, has done it well. He’s no dilettante and there appears to be only the slightest of differences between he and Roberts in this regard.

This suggested to me that there’s some “I know it when I see it” element to the “baseball man” moniker. A subjective, gut feeling about a guy on the part of front office folks and baseball insiders. Something that defies a straightforward explanation and lends itself to an exercise in simply playing favorites. With, of course, the imprimatur of a venerable title like “baseball man” to validate the subjectivity. Which is somewhat worrisome because there’s a long and rich history of the application of such labels to people in the game as a means of perpetuating discrimination of one type or another. Often racial discrimination.

Is “baseball man” one of the examples of this dynamic? In the case of Kapler and Roberts — who is part Japanese, part African-American and who has even been described by the quintessentially white dude baseball word, “gritty” — it would certainly not seem to be so. And, in fact, the use of the “baseball man” term here may be a sign of progress. The analyst:

“Part of me is actually pleased that in this case the term was applied to a person of color,” he said. “Given how those kinds of codes, and things like ‘he’s a winning player’ or ‘ a hard worker’ have have worked in the past, one would think that would be applied in the opposite way, with Kapler as the ‘baseball man,’ but it wasn’t.” The broadcaster agreed, but went even farther, shooting down the notion that “baseball man” was ever a racially-loaded term.

“There are a lot worse euphemisms that have been used around the game for that sort of thing than ‘baseball man.’ Things like ‘he was raised well’ and awful terms like that. ‘Baseball man’ has never been about that. It’s really been about separating out the poseurs or the people who really haven’t put in the work or who aren’t part of that culture.”

All of which makes me wonder if, in the end, it just boils down to people inside the game simply liking someone more than someone else. Or if it’s a matter of baseball’s admiration of conformity and trouble with even mild eccentrics floating to the surface. Kapler isn’t an eccentric by any objective standard, but in the conservative world of baseball, perhaps modeling and advocating outside-the-box thinking about personal health is enough to make you something less than a true baseball man.

Or maybe not. The broadcaster: 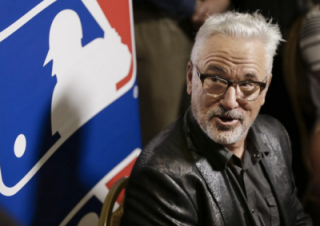 “Is Joe Maddon a baseball man?” he asked me. “Because I think Joe Maddon is absolutely a baseball man. But he’s a renaissance man too. You can talk about wine with him but you can also talk about the development philosophy of the California Angels in the 1970s.”

No doubt about that. Maddon has been on the established baseball man career path for longer than most of us have been alive. But at the same time, the stories of Maddon using new age motivational techniques, traveling the country in his RV, dressing like a hipster and acting in ways that would make John McGraw spin in his grave are ubiquitous. Does that not make him something of an eccentric? Is it the case that he was a baseball man until he got the job managing the Rays and it was only then that he started to let his freak flag fly?

“Nah, he was always an eccentric,” the broadcaster said. “It’s just like how, when you win 20 in the show you can let fungus grow on your shower shoes because then the press will think you’re colorful.”

So I suppose it’s settled then. Maybe.

Man, now that I’ve thought about it so much, I may be more confused now than I was before.