Major League Baseball and ESPN just did something kinda cool. Rather than give us the one “Opening Day” game on Sunday night followed by a bunch of day games the next day, this year we’re going to get three games on the Sunday which opens the season and it’s going to get going at 1PM Eastern. 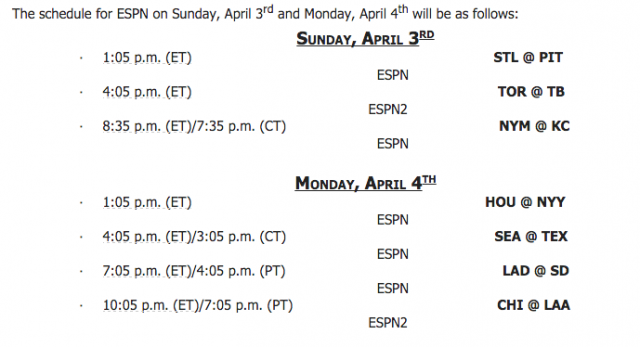 Gotta say, the baseball season opening up in daylight instead of darkness — and on a weekend, when most folks can see it — is a good thing.