NEW YORK — Pirates outfielder Andrew McCutchen has been named the 2015 winner of the Roberto Clemente Award. The Clemente Award goes to the player who best exemplifies the game of baseball, sportsmanship and community involvement. The nominees, one from each team, were announced back in September. The Award was just presented to him here at Citi Field just prior to Game 3 of the World Series.

During the ceremony just now McCutchen said that the Clemente Award means more to him than his MVP, Silver Slugger and Gold Glove Award. Vera Clemente, the widow of Roberto Clemente, made a point to say how important it was to her that a Pittsburgh Pirate to earn the honor. He is the second Pirate to win it, actually, with Willie Stargell earning the award in 1974. 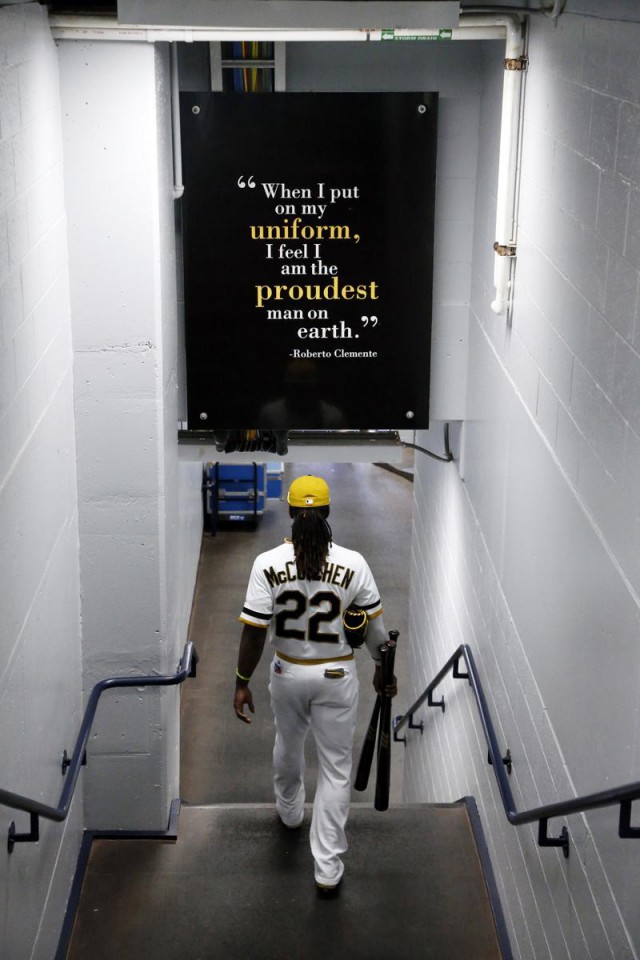