In a lot of ways life is a battle between what is right and what feels good.

Indeed, you could make the argument that it’s the very basis of civilization, with the “feels good” thing being “hitting the neolithic gatherer next door over the head with your club and taking his grinding stones” and the “what is right” thing being, well, not doing that and, eventually, forming city councils and stuff.

Religion is all about that too, right? At least the religions that are not based on dressing up like goats, playing flutes around the fire and drinking all of the wine. Those are the opposite. The more popular religions, however, are all about doing the right thing in favor of the thing that feels really, really great in the moment.

Baseball, which has a similar importance to civilization and religion, has this same struggle.

When the playoffs come the theoretically right thing to do is to make each series as long as it can reasonably be so as to make each series as good a test as possible of the strength of each team. Sure, there are limits. We can’t play until next January and, at some point, the announcers run out of anecdotes to tell about each player as he steps out of the batters box and exhales. But the very point of a seven-game series is to, at the very least, make a team go through its rotation a bit and to take away some of the randomness that can occur in any one baseball game. Is it perfect? Oh, hell no, but that’s the idea.

All of that is thrown out the window for the Wild Card Games. One-and-done, baby. That’s it. Your slugger having an off night? Sorry. Your ace starting pitcher got some bad sushi the night before? Tough. The home plate umpire has a stiff back which keeps him from being able to see the bottom half of the strikezone with anything approaching accuracy? Hey, them’s the breaks. You get one damn game, fellas, and if everything doesn’t go just right, you’re going home. Even if you won 98 games this year.

Which is to say that the Wild Card Game is not fair. Not fair at all. It doesn’t tell you who the better baseball team is in any reasonable way. It doesn’t measure the sorts of things which make a good baseball team good over the course of the previous six months. It gives purchase to the forces of chaos, randomness, and luck in ways that even five and seven-game series don’t and turns baseball, for two nights, into complete and utter crapshoots.

Good. This is a good thing.

I haven’t always felt that way. As recently as a year or two ago I am sure I wrote some long and thought-out thing about how the Wild Card Game is bad for the very reasons I stated above. And, intellectually, I continue to believe that tossing 162 games over the side in favor of a three-hour sphincter-clench is really messed up. But I’ve decided that, even though the Wild Card Game is not the best measure of baseball supremacy, it’s so much damn fun that we shouldn’t really care too much.

Life very often isn’t fair. Even when we establish structures in order to make it so. That city council that resulted, eventually, from our desire to keep people from beating their neighbors over the head works all kinds of injustices on people. That religion which was designed to save us from our baser instincts and work toward something more meaningful is corrupted so often that we barely bat an eye. Seven game series that, theoretically, tell us who the best team in baseball is often give us a champion that, really, wasn’t the best team in baseball as much as they were the best team for a ten-day period in late October.

So, if we’re not eschewing anything perfect, why not indulge in something less-than-perfect but super fun, at least for two nights? Why not put on some goat skins, fill our gourds with wine and dance around a fire while the Yankees, Astros, Pirates and Cubs squirm uncomfortably for our enjoyment? They’re big boys. No one is dying here. The guys who lose the Wild Card Games will be in nice big houses with their beautiful families this time come Friday. And we’ll have had a couple night worth of serious excitement.

What feels good and what’s right isn’t always the same thing. Once in a while, it’s good to just do what feels good. Now, where’s my flute? 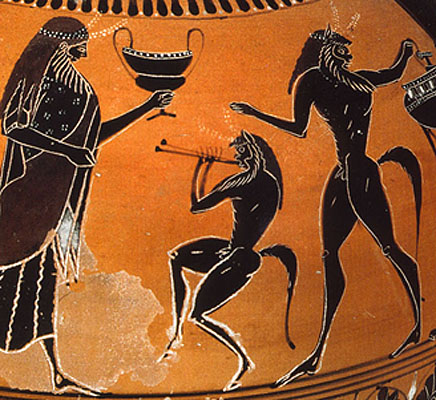