“I’ll trade you a a Paul VI and a Pius XII for your Francis and a John XXIII.”

“Are you nuts?! Those are SUPER rare!”

There’s only one place to get a @Pontifex Rookie Baseball Card! Tomorrow at CBP. http://t.co/MBQXHTWpv5 pic.twitter.com/ObdXJD0p1F 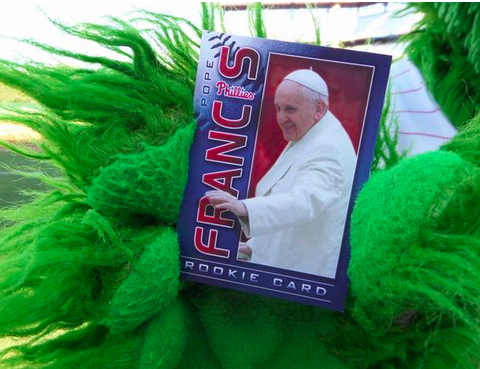 I hope the Francis card has those little cartoons on the back that tells us his hobbies. Maybe, like the stars of 1973, he’s into “stereo music.”