I feel like this place has been on the market for some time, as I recall some realtor-type person asking me to do a post about it months ago. I didn’t because, well, I have no idea since I like ballplayer real estate listings a lot, but I guess I got distracted by a funny picture or an A-Rod story or a squirrel or something.

Anyway, an apartment in which Babe Ruth lived from 1929 until some time in the 1930s is for sale on Manhattan’s Upper West Side. It’s pretty nice as far as two-bedroom apartments go. It’s also over a million and a half bucks which is the sort of thing that makes me wonder how anyone can afford to live in New York, but I suppose that’s not my problem. For the record, here’s what that price buys you in the town in which I live. No ballplayer lived there, but you could literally play baseball in some of the rooms, I bet, even with regulation rules.

Here’s the Bambino’s bathroom. Just think, the Greatest Hitter In Baseball History probably clogged that toilet after a night of hot dogs and bathtub gin! 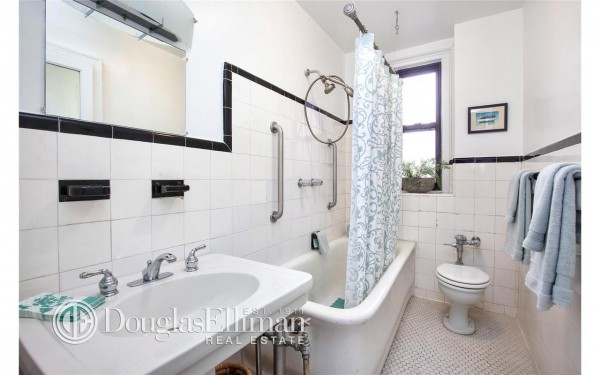