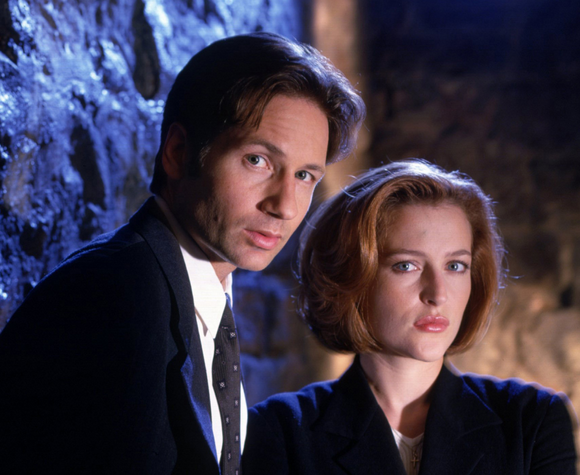 Mulder: He psyched the guy out, he put the whammy on him!

Scully [flatly, unconvinced]: Please explain to me the scientific nature of the Whammy.

I’m on Team Scully now and always. I certainly don’t get this stuff. I don’t believe in curses, be they Bambino or Goat-inspired. I don’t believe in jinxes or hexes or anything like that. The extent to which I give the Whammy any sort of credence begins and ends with the old “Press Your Luck” gameshow. Beyond that . . . STOP!

But baseball fans tend to buy into this stuff. Either for real or as an excuse for a prank. Remember back in 2008 when a Red Sox fan working on the new Yankee Stadium buried a David Ortiz jersey in the concrete? That jinx worked so well that the Yankees won the World Series the first year the park opened.

Now, at least if a construction worker and a photograph is to be believed, the same thing has happened in Chicago. From Allison Horne:

Met @whitesox fan today that worked on the @Cubs recent renovations he buried a hat in the cement there @barstoolWSD pic.twitter.com/d5iHigceRW

A spokesman for the Cubs says they won’t do anything because they doubt the picture is legit.

“Cubs President Theo Epstein was more to the point when FOX 32 asked him about the cap controversy as he walked past the park. He told me–quote: ‘I couldn’t give two . . . ‘ . . . Well, I can’t say that word but it rhymes with hits.”

Oh well. If history is any guide Congrats on the Cubs’ impending World Series victory.