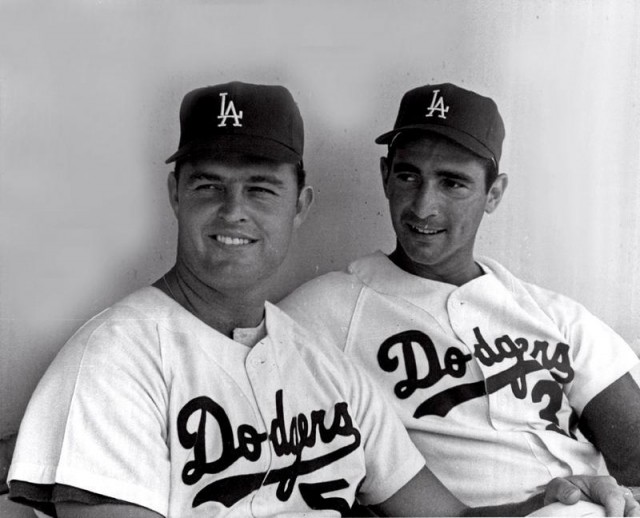 I think the Dodgers’ “L.A.” cap is one of the coolest logos in sports. Simple and great-looking all at once. No angry comic mascots, no overly-stylized fonts. Just the interlocking L and A, which is unmistakeable.

On my Twitter feed this morning I came across this letter in which Tim McAuliffe of the Quality Athletic Equipment company came up with it, sketching it in the upper righthand corner. The rest is history:

58 yrs ago today the Dodgers announced their move from Brooklyn to LA. Here’s where they got their “LA” cap logo— pic.twitter.com/NvSOBHGZcW

Oh, and it was on this date in 1957 that the Dodgers announced they were leaving Brooklyn. The rest was history after that, too.