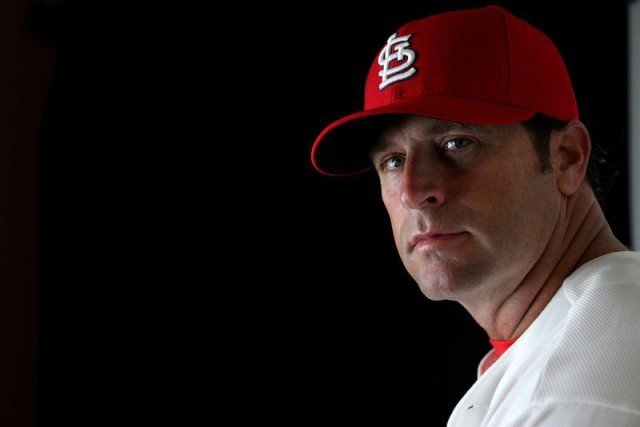 Everyone has an “improve the All-Star Game” idea. I have a bunch. Most of them, however, tend to deal with roster construction or player use patterns. Here’s an idea from one of my readers — Ian Neilly — that may not have any immediate change on the game itself but which (a) adds an element of drama and P.R. opportunities in the runup to the game; and (b) in the long run may bring about some sort of change in how the game is approached.

The idea: instead of making the previous year’s pennant-winners the managers, put the manager of the teams with the best first half record in charge. Here’s Ian’s rationale:

1. With the game determining home field advantage in the World Series, there would be more incentive for the manager of a team with the best record in the AL or NL to approach the game as more of a real game, or a playoff game, and less of an exhibition game (e.g., in 2014, Boston was out of the pennant race at the break, so there was less personal incentive for the AL manager, Farrell, than there would’ve been for Showalter, or the manager with the best record in the AL);

3. There would be some day-to-day “drama” in the first weeks of July as managers come closer to “clinching” management of the AS game, and more drama in the game itself (e.g., in 2015, with St. Louis having the best record in baseball, there would have been slightly more drama with Matheny managing for home field advantage than Bochy).

Now, to be fair, if asked Bruce Bochy would never say that he has no designs on the World Series this year and it’d be silly to count the Giants out now given what they’ve done in the past several years. And, to be sure, it still would’ve been Ned Yost for the AL this year.

But it’s worth noting that Yost used his best player, Mike Trout, more than any All-Star player has been used in a game in seven or eight years. And in some seasons, such as last year with Ferrell, there really is a manager who, at least privately, likely realizes that, for him, home field advantage in the World Series is a lot more theoretical than anything else. Maybe this changes little immediately but maybe, over time, we’d see more best-player-usage if we had managers with slightly more vested interests.

In any event, the run-up idea — “who will clinch the manager job?” — could lead to some excitement too. Maybe you put a cutoff on it for logistical reasons, like a week before the All-Star Game, but it could be a fun late-June, early-July topic of conversation.

Anyway, I rather like this idea. What say you, commenters?