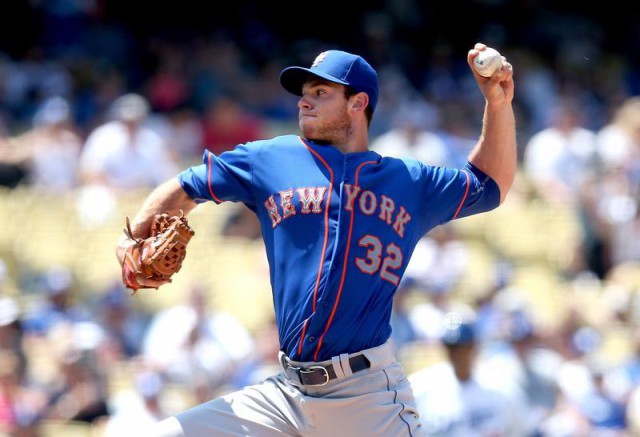 Steven Matz’s diagnosis of a partial tear of his left lat muscle is an extreme bummer. Any serious injury to a promising young pitcher is. We see so many of them.

But here is what Matz’s injury is NOT:

Steven Matz lat injury is another example of the ridiculousness of innings limits and bubble boy approach to pitchers.

This is back-in-my-day malarky which ignores a couple of pretty important facts. Fact 1:

Kind of amazing Mets let him make that start at Dodger Stadium after he complained about issue after first start.

So, Matz was complaining of soreness to the place he was injured following his previous start? And the Mets started him anyway? Perhaps a “bubble boy” approach would be more warranted, not less. Indeed, if Matz was truly suffering from some soreness, the Mets knew it and threw him out there anyway, someone with the Mets should say why they thought that was such a good idea.

But more generally than that, the notion that “coddling” pitchers today is meaningless is a simple logical fallacy. It’s born, no doubt, from the belief that “back in the day” pitchers didn’t tear their lats or their UCLs and stuff. That everyone was Tom Seaver and Fergie Jenkins and look how good THEY did without innings limits! Such a mindset, clearly on display from our friend Kevin Kernan here, ignores a couple of things, however.

It ignores the fact that at lot of those pitchers did tear their lats and UCLs and stuff and that no one really noticed because sports medicine was comparatively prehistoric and the mindset of players back then was to never talk about injuries because they feared they’d lose their jobs.

It ignores the fact that for every Tom Seaver and Fergie Jenkins, there were scores if not hundreds of promising young arms who blew out due to overuse, pitching while injured and the like. We don’t see those data points, of course, as they are hidden in history and obscured by those who survived the meat grinder that was 1960s-70s pitcher usage patterns.

We’re seeing some of this, by the way, in the remembrances of Ken Stabler, too. Admiring and even romantic anecdotes about an era when a quarterback could drink a 12-pack the morning of a big game, still pass for 300 yards and hit the town that night, all while marching his charges to the Super Bowl. It’s definitely a good story with respect to Ken Stabler — the guy was an absolute beast — but it ignores the fact that he was something of a super human and that for every one like him back in the outlaw NFL of the 1970s, there were a dozen promising college quarterbacks who flamed out and found themselves in AA meetings.

If I ran a sports journalism program I’d make every would-be scribe take a crash course in survivor’s bias and make sure that any “today’s coddled athletes are soft!” claptrap they turn in to the copy desk has been checked for ignoring such an important concept.