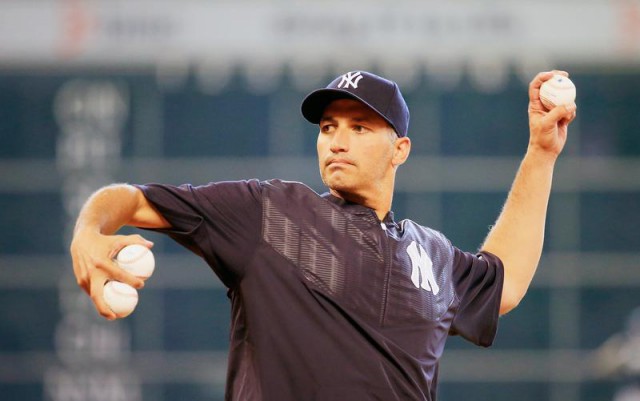 He was only pitching BP as the Yankees are in Houston, near where Pettitte lives, playing the Astros. But be honest, Yankees fans: wouldn’t you rather see him suit up for an actual game and take the mound now than see CC Sabathia pitch another game?

Also, where are the thinkpieces about how baseball is tacitly sanctioning PED users by allowing them to come and be around the team? We saw a bunch of those when Mark McGwire got hired to coach and whenever Barry Bonds shows up to help out at a Giants practice. None for Pettitte?