Major League Baseball just announced the rosters of the Futures Game, which takes place on the Sunday before the All-Star Game.

The World Team features players from seven different countries and territories, with The Dominican Republic being represented by 13 players, Venezuela five, Puerto Rico three, and Curacao, Germany, Nicaragua and Taiwan each having one.

The players on the U.S. Roster: 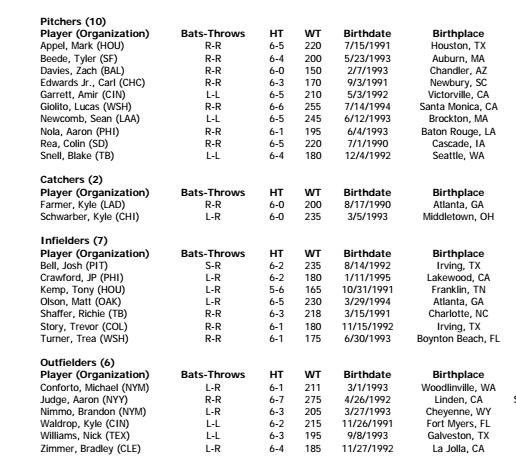 The players on the International Roster: 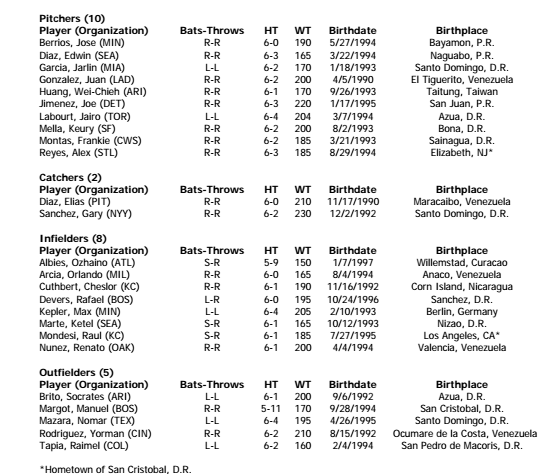