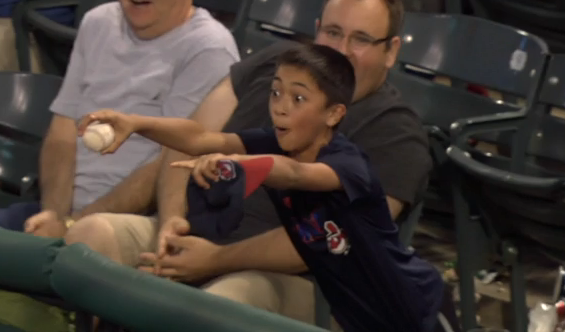 Miguel Cabrera is absolutely abusing the Indians this year, to the tune of .649/.702/1.108 with five homers and 16 RBI in 46 plate appearances. But he may have just made a fan for life out of a certain Indians fan.

The scene: Cleveland. The setup: a kid in Indians gear makes a nice snag of a foul ball with his cap, and then for whatever reason decides to sort of pose and gesticulate at Miguel Cabrera, who is fielding his position at first base at the the time. He’s kind of cute in an obnoxious way that only young boys can be. Cabrera smiles at him, clearly amused.

Then, after that half of the inning ends, Cabrera rewards the kid for the play and the pluck with some gear. Watch: