A week after Major League Baseball took some heat over the All-Star voting, the latest results from the AL voting are out. And we have progress! Only seven of the AL starters are Royals now, down from eight! Into the lead at first base goes Miguel Cabrera! Omar Infante still leads at second base somehow, but Rome wasn’t torn down and looted in a day.

There’s just a week and change of voting left to straighten all of this out folks, so vote early, vote often and use a plausibly fake email address and stagger your voting times accordingly if you want to vote over 35 times without being detected by post-hoc security measures! 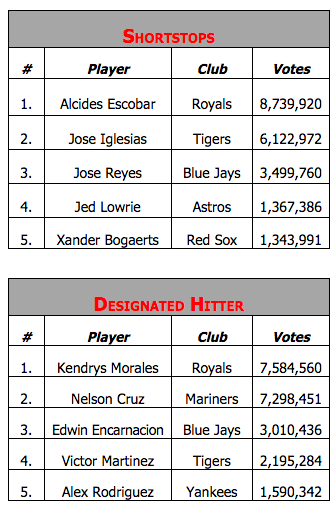 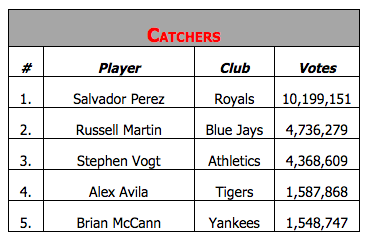 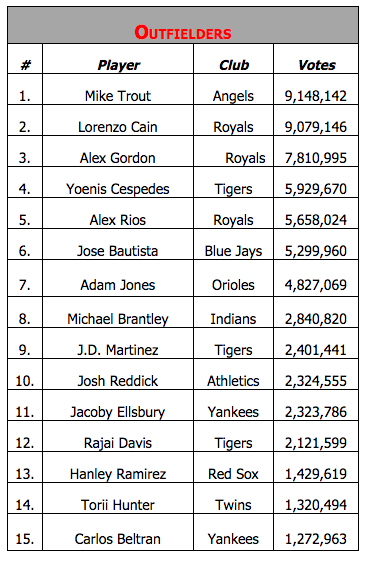