Alex Rodriguez got his 3,000th hit on Friday night. It was a home run. I thought that was cool, but of course I’m a hopeless A-Rod apologist. We all know this. Most people, I suspect, were underwhelmed. Understandable. When you set fire to your legacy the way Alex Rodriguez has over the past several years, you can’t expect people to jump up and down for you. That’s the way it works.

But it’s one thing to say that A-Rod’s 3,000th hit was less-than-impressive. It’s another thing altogether to say that the idea of getting 3,000 hits is no longer an accomplishment. That’s just crazy. But that’s a crazy that the otherwise great Jayson Stark is dabbling in today. In his column he wonders whether all offensive milestones are tainted now, 3,000 hits included. He talks about how baseball records were different and more special than that of other sports and how, thanks to PED guys breaking home run records and achieving milestones, they no longer “magical and memorable.”

I reject that notion for a few reasons. I reject the idea that, just because a couple of guys did things on drugs that someone doing it clean is no longer impressive. We’re all adults here and can distinguish between such things I hope. Saying that A-Rod or Bonds or someone “ruined” something is way too dramatic for me. It’s like your mom calling off your dad’s surprise party because your brother and you got the wrong color balloons. “Oh, let’s not even BOTHER now! It’s RUINED!” Please.

And even if that particular party was going to be ruined, it sure as heck would’ve been ruined before now. Rafael Palmiero was the first big name to test positive for PEDs while playing. He did so two weeks after getting his 3,000th hit. That was a decade ago. We’ve somehow managed to care about 3,000 hits since then.

But I also reject Stark’s argument because it’s demonstrably not true that reaching such a milestone is no longer interesting, even when A-Rod does it.

My son is not quite ten. He’s just started to get into baseball in a somewhat serious way in the past year or so. Despite my reputation, I can assure you that I have not shared my PED apologism with him. I have not defended A-Rod or Bonds or any of those guys. Indeed, he doesn’t think too much about any of those guys at all. His current infatuation is young Cuban players and Bryce Harper. To the extent we’ve even discussed performance enhancing drugs it has been to (a) mention why A-Rod missed all of last season, which I told him was because A-Rod broke the rules and took drugs he wasn’t supposed to; and (b) to state that they test for drugs in baseball and players are not allowed to take PEDs. A couple of brief conversations which have likely bored him to tears and about which he obviously didn’t care.

Fast forward to Friday night. My boy is at a sleepover at a friend’s house. Way, way past his usual bedtime, I get a text from him:

To him and the other ten-year-old boys, A-Rod reaching 3,000 with a homer was cool. Because it was a baseball thing that happened that was inherently neat and need not be weighed down with nostalgia for old records or the moralizing over PEDs. It’s a sport capable of being enjoyed regardless of that stuff. Baseball is a sport and a form of entertainment before it is a function of its politics or the weight of its history. It can and should be enjoyed for its own sake before you get to any of that stuff, and that stuff should be secondary, even if it is interesting and worth talking about.

Kids in the 90s loved watching Barry Bonds, A-Rod and Roger Clemens, even if that was ruined for people who grew up watching Hank Aaron, Mickey Mantle and Bob Gibson. Kids born in 2005 enjoy watching what they recognize as a neat and cool baseball accomplishment even if some people think it’s ruined too. It will always be thus, and that’s part of what makes baseball wonderful. 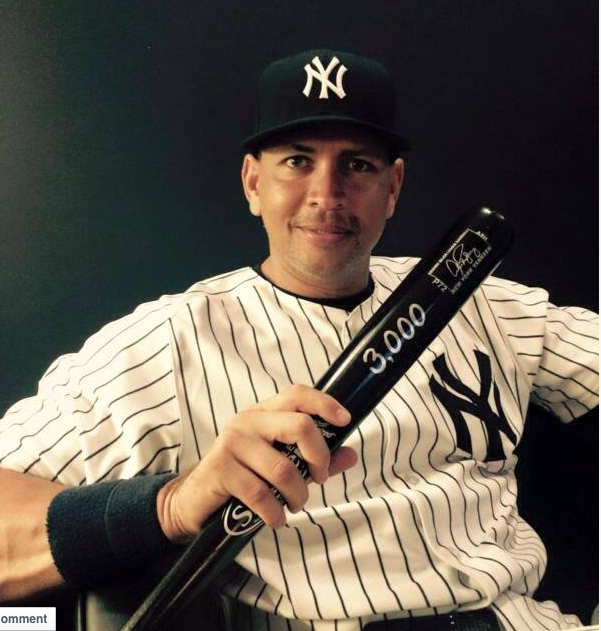 Such an amazing weekend. Thank you for your faith in me and for your unbelievable support this season, in the stands and here on Facebook. Eternally grateful.