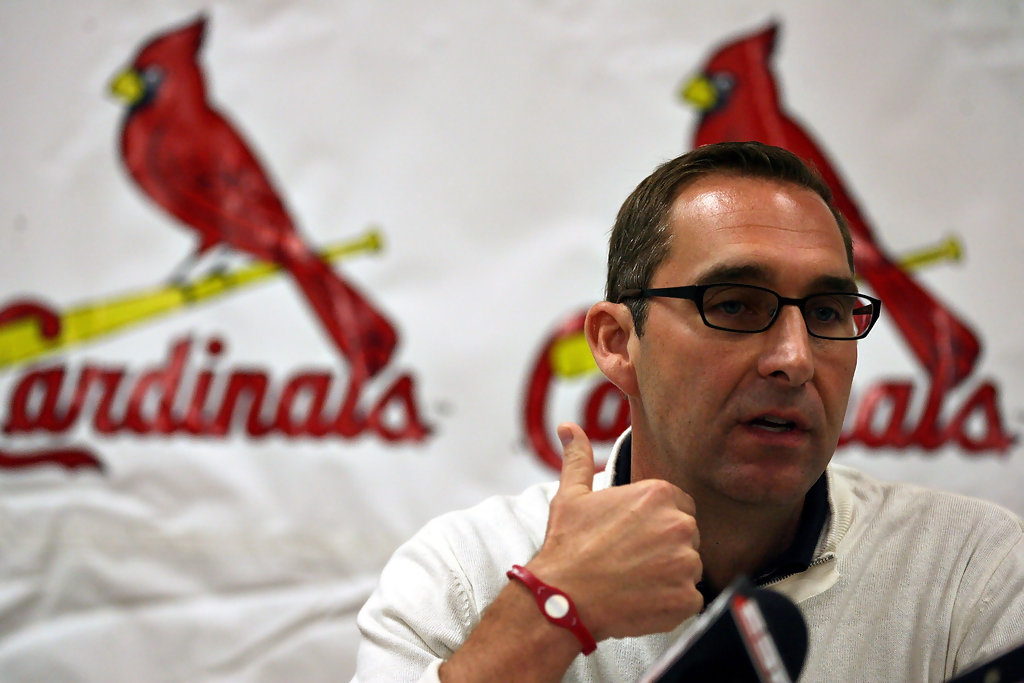 Cardinals general manager John Mozeliak issued a fairly vanilla statement Wednesday morning on the allegations that his organization had hacked into “Ground Control,” the Astros’ internal communication and evaluation system. Here is Mozeliak’s statement in full, via a press release from the Cardinals …

“The alleged conduct has no place in our game. We hold ourselves to the highest standards in every facet of our organization. It has been that way forever and is certainly true today. We are committed to finding out what happened. To the extent we can substantiate that these allegations have merit, we will take appropriate action against anyone involved.”

Not much there to work with. But in a followup interview Wednesday evening with Bob Nightengale of USA Today, Mozeliak opened up. We’re pulling quotes here. You should read the entire article.

“Unequivocally, I knew nothing about this. I don’t know the outcome of this, or where it’s going to go, but our hope is that when everything comes to light, people will realize that it wasn’t something that was organizational-wide. It shouldn’t be something that takes away from any of the success this organization has had.”

As the hours and days go by since the initial New York Times report, this hack or breach or whatever you want to call it is looking more and more like the work of a few lower-level analysts in the Cardinals’ system. It’s still a very serious offense — jail time and fines could be coming for the perpetrators — but it’s probably not something that Mozeliak or anyone high up in the Cardinals organization purposely coordinated.

That doesn’t mean that Mozeliak is completely in the clear. What if the person or people who gained access to “Ground Control” then passed that information up the chain? Even a single email to an address connected to Mozeliak could spell trouble. Federal investigators are known to be looking into the Cardinals’ internal communications — they seized hard drives from Busch Stadium in February. Also at play here is that new MLB commissioner Rob Manfred is probably going to want to set some kind of precedent for cyber crime.