Kansas City having the top vote-getter at seven of the nine American League positions in last week’s All-Star game voting update was a big story, but get this: Now they have eight of the nine spots.

Omar Infante, who’s hitting .204 with an AL-worst .496 OPS this season, has jumped ahead of Jose Altuve to become the leading vote-getter at second base.

Alex Rios is the only Royals player on the AL ballot not currently in line to start and even he’s fourth among outfielders despite playing just 18 games and hitting .197 this season.

Here are the position-by-position totals: 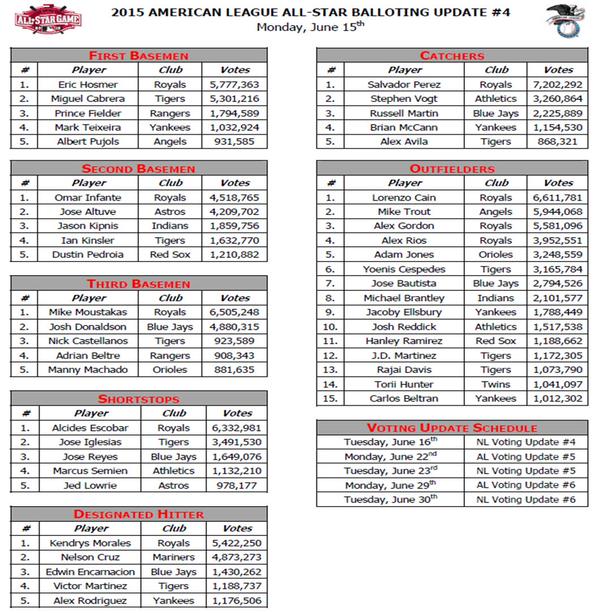