Yesterday we learned that seven Royals were the AL’s leading vote-getters at their respective positions. There’s nothing quite that noteworthy on the NL side, but Nationals outfielder Bryce Harper continues to lead in votes with 3.7 million, followed by Cardinals third baseman Matt Carpenter with 3.1 million.

Here’s what the NL’s starting lineup would like based on current voting:

Kolten Wong is only 100,000 votes behind Gordon at second base, which would give the Cardinals five of the eight starters. Of course, Buster Posey of the Giants is only 5,000 behind Molina at catcher.

Here are the position-by-position totals: 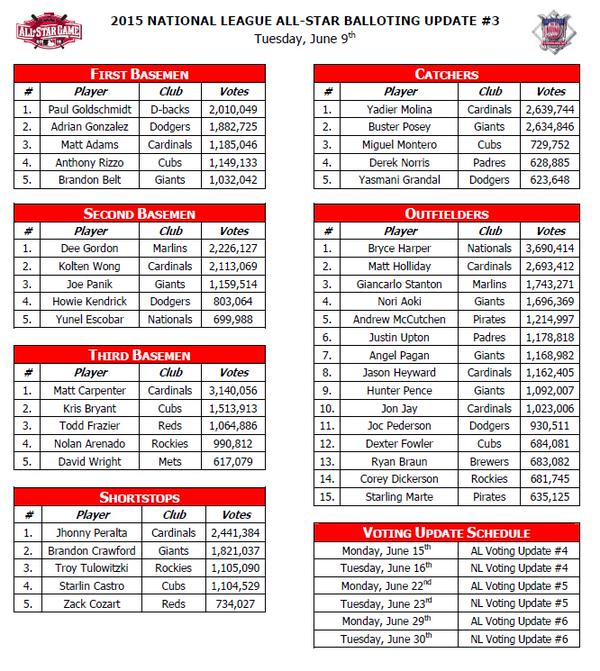