It’s time for MLB’s weekly All-Star voting update and on the American League side the Royals continue to dominate.

Kansas City currently has the top vote-getter at seven spots:

Second base and the third outfield spot are the only positions where the Royals don’t have the voting leader and even then Omar Infante and Alex Rios have the next-highest vote totals.

Keeping in mind that there’s still a long way to go in the voting, here are the position-by-position totals: 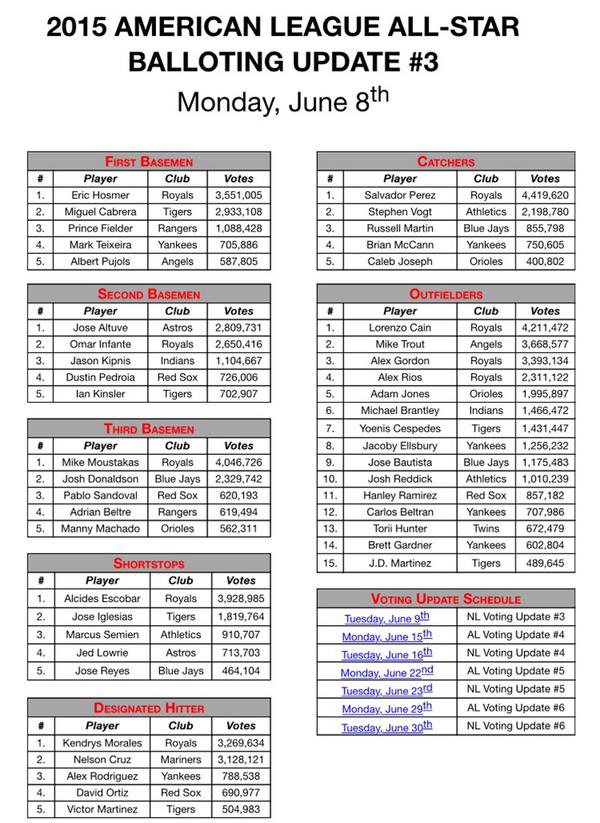