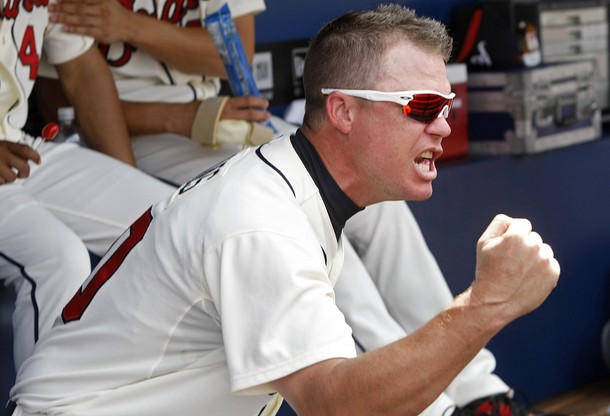 Last night some troll started giving Jones crap over what appears to be decades-old anger that Jones didn’t give him an autograph. Back when he was eight-years-old.

@RealCJ10 still considered a piece of shit in my book! You were my favorite player until you ruined it by not signing a ball when I was 8

That led to a back-and-forth in which Our friend Captain America decided to get personal:

@RealCJ10 chip chatter doesn’t bother me. Your baby mama is typing this one. On my phone.

Which led to Jones saying that he was sure the troll’s parents were proud of him and the troll citing his three military deployments as proof of his worthiness as a person. Then, for reasons that are only clear to Chipper Jones, he decided to follow and direct message the troll. And challenged him to a fight: 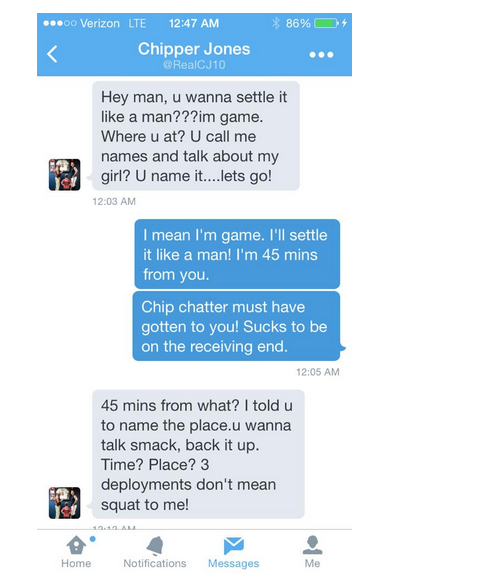 I presume we would’ve heard about it if there was a fight. But, man, really, Chipper? Don’t let guys like this under your skin. My lord.

(Via the Atlanta Journal-Constitution)