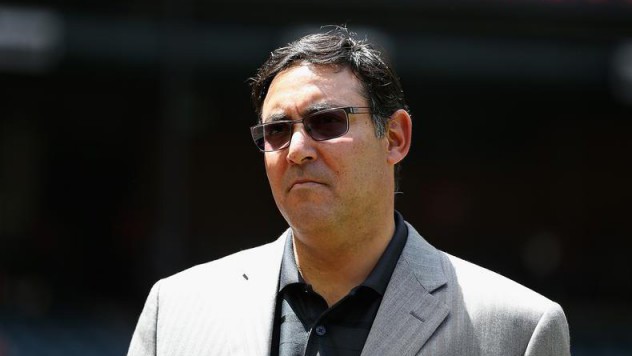 Over at CSNPhilly.com Jim Salisbury talks to Phillies GM Ruben Amaro about the Phillies’ potential trades this summer and about the development of some of the team’s prospects.

When asked about the timetable for pitching prospects Aaron Nola and Zach Eflin to make it to the bigs, Amaro said the plan was to be conservative. When it was pointed out that fans of losing teams tend not to like it when told that they need to be patient, Amaro had this to say:

“They don’t understand the game. They don’t understand the process. There’s a process. And then they bitch and complain because we don’t have a plan. There’s a plan in place and we’re sticking with the plan. We can’t do what’s best for the fan. We have to do what’s best for the organization so the fan can reap the benefit of it later on. That’s the truth.”

2. Ruben Amaro has done nothing in the past several years which entitles him to offer these kinds of truths in as undiplomatic and as snotty a fashion as he does here.

Results matter more than decorum. And when you win, you get to say all kinds of off-the-cuff things like this and you get lauded for your “candor” or “brashness.” But when your results suck, reporters, talk radio and the like are gonna jump all over you. Is it fair? Eh, probably not. But it’s a fact. And managers and executives have lost their jobs for these kinds of outbursts or for talking down to a frustrated fan base in the past. Again, maybe not fair, but organizations pay attention to this kind of thing.

Amaro was — or at least should be — on thin ice to begin with. Why he decided to talk down to fans like this, then, is something of a mystery.