The Phillies have levied some complaints about the division rival Nationals, but they don’t have to do with anything done during a game. Rather, they feel that they are afforded less time for on-field batting practice at Nationals Park compared to other road parks, and they’re unhappy with the music selection as well, which has included Linda Rondstadt, Patrick Swayze, and Starland Vocal Band.

Here’s what manager Ryne Sandberg had to say, via MLB.com’s Todd Zolecki:

“We’ll take care of that,” Phillies manager Ryne Sandberg said before Saturday’s game against the Nationals at Nationals Park. “We’re going with the silent treatment at our place.

Jayson Werth thinks the soft music is a net positive.

“I didn’t even notice it,” Nationals outfielder Jayson Werth said with a hint of a smile. “But it’s nice soothing music they’ve got going on here. It’s nice for the fans at the ballpark before the game. Yeah, maybe get a beer, a pretzel, enjoy BP.”

A more extensive list of songs that were played, taken from the Phillies’ broadcast on Comcast SportsNet: 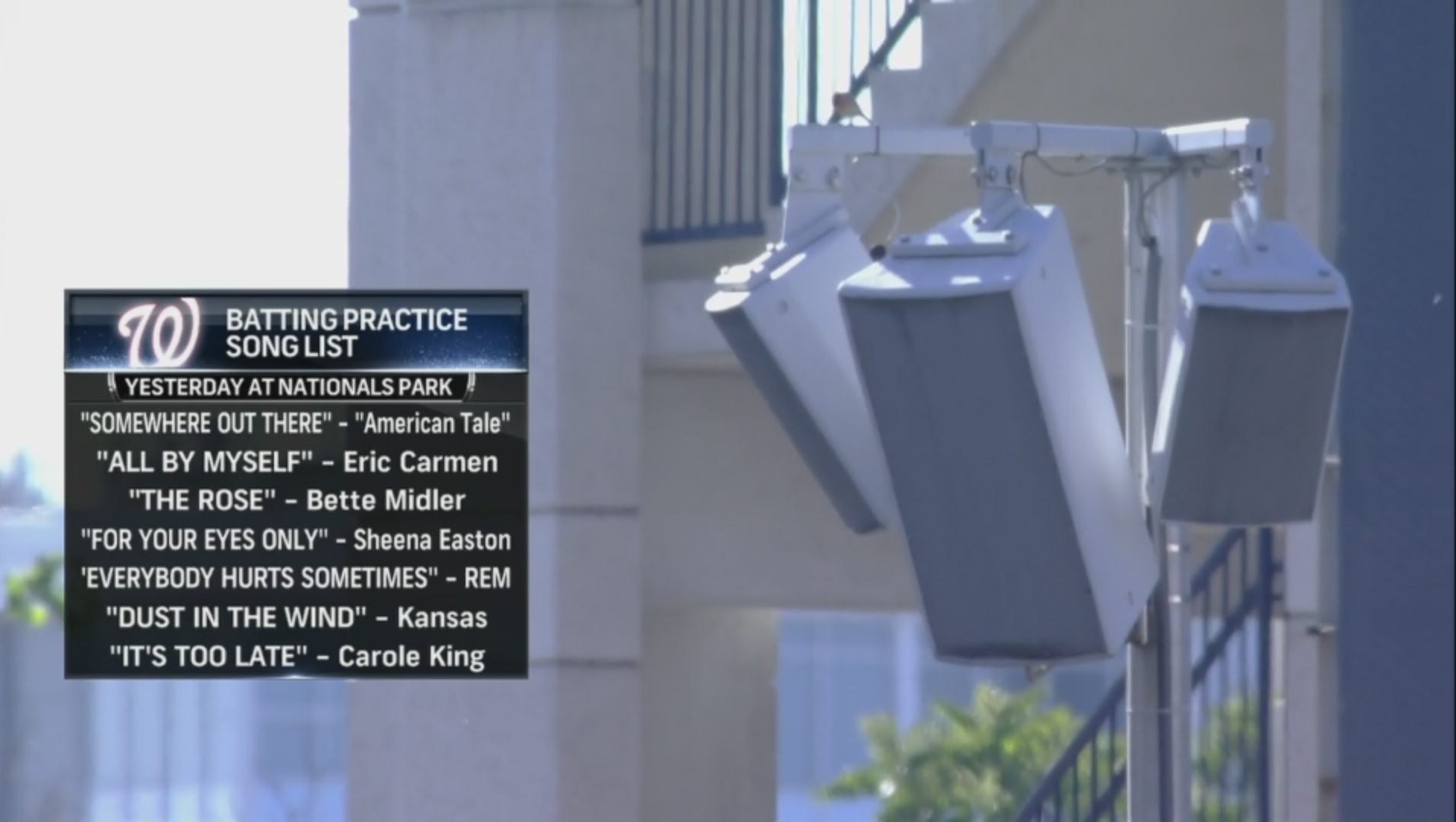