The Yankees may obliquely refer to their designated hitter’s PED past as a means of denying his accomplishments. But lord help anyone else who tries to do so!

Earlier today The Port Charlotte Stone Crabs, the high-A affiliate for the Tampa Bay Rays, announced “A-Rod Juice Box Night,” in which the first 500 fans would get a juice box. Written on the side of the box: “The Sports Drink,” “100% Juiced,” and “Side Affects include: tainted records, inflated ego, omission from the Hall of Fame, and more!” The ad, which was part of a now-deleted tweet, looked like this: 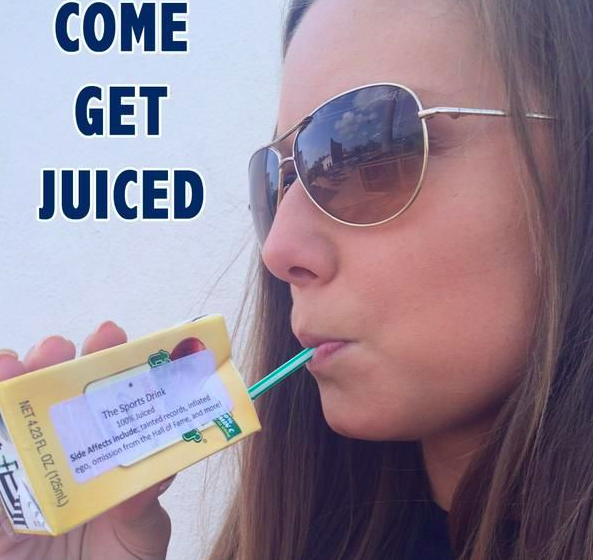 A laugh? I suppose. But even if it’s not exactly hilarious or particularly timely, it’s probably pretty harmless all things considered. The Yankees, however, did not agree:

Word is now that @StoneCrabs have canceled the A-Rod Juice Box Night promotion after #Yankees and #Rays objected, found it in poor taste

Only the Yankees and the reporters to whom they give anonymous quotes are allowed to remind people of Alex Rodriguez’s drug history. Anyone else who does it will get a stern talking-to.