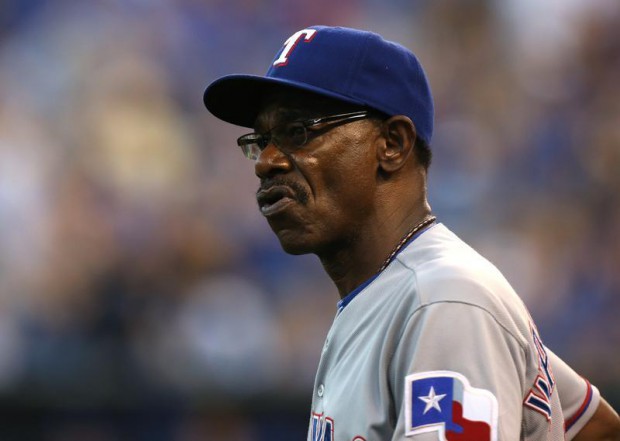 Scott Hatteberg: First base? But I’ve only ever played catcher.

Billy Beane: It’s not that hard, Scott. Tell him, Wash.

That’s the best scene in “Moneyball,” and while if it’s not 100% true to how it all went down in real life — my guess is that Billy Beane knows that playing first base is hard — the truth underlying that scene is that Ron Washington knows what he’s doing with defense.

Also, Ron Washington is currently unemployed and his old team, the A’s, are playing godawful defense. Susan Slusser of the San Francisco Chronicle reports that these two things may go together, and that the Athletics are considering hiring Washington, who was their longtime infield coach.

There currently isn’t an opening on the A’s staff, so it may be more of a coordinator position. But really, the A’s could use all the help they can get. And Washington — who lamented his inability to find his way back into the game after resigning as the Rangers’ manager last season — would likely jump at the opportunity.