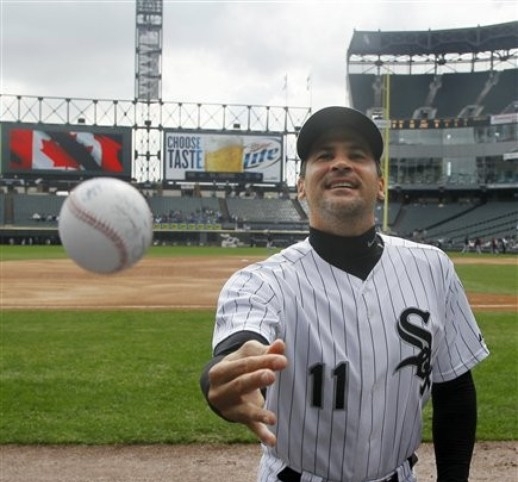 There’s been a lot of response to Jeff Snider’s excellent proposal of using retired numbers to honor current players. One response just came from an active player. One who, just last year, came face-to-face with just how odd it is for there to be so many retired numbers on the team for which he played. He’s Brandon McCarthy of the Dodgers, and he just came up with this bit of brilliance:

@craigcalcaterra I think retired numbers should be given to the player or their estate. Then they decide on players worthy of wearing the #

@craigcalcaterra would help to lengthen legacies by linking different generations

That’s a fantastic idea. One which, informally anyway, has been done a bit in the past. Steve Largent and Jerry Rice both wore 80 for the Seahawks, though there was a little hanky panky with that. Luis Aparicio let Omar Vizquel wear his number with the White Sox. You’d have to police this a bit so family members or retired players weren’t pressured into allowing the number to be used or to make sure that dork third generation relatives of famous baseball players weren’t using it to make a buck. But as long as it was a sincere and open gesture, it could be pretty cool.

Underscoring all of this in my mind is the notion that retirement has changed over the years. At least with people. My dad retired 12 years ago, but he has worked steadily since then, driving a school bus for a few years and doing handyman work. He says he’d get bored otherwise. Other people either don’t or can’t retire due to circumstance. Generally speaking, our active lives last longer now than they used to. Retirement has become a bit more flexible a concept than it used to be.

So, McCarthy’s idea would do the same thing for numbers. Keep ’em working after retirement. Reminding us of their continued vitality as opposed to putting them under glass.

I’m really warming up to the idea of changing the way we deal with numbers. This is kind of fun to think about.