The Brewers made it official and named Craig Counsell their new manager about an hour ago. He’ll get a three-year deal to lead the Brewers.

Counsell served as a special assistant to GM Doug Melvin. As MLB.com’s Adam McCalvy reports, he has a lifelong connection to the Brewers, having grown up in Whitefish Bay, Wisconsin.

At 7-18 Brewers have the worst record in baseball. But they now have the guy who had easily the best batting stance of any current manager. The only one who could possibly top him is Tony Battista, but I am unaware of his managerial credentials. 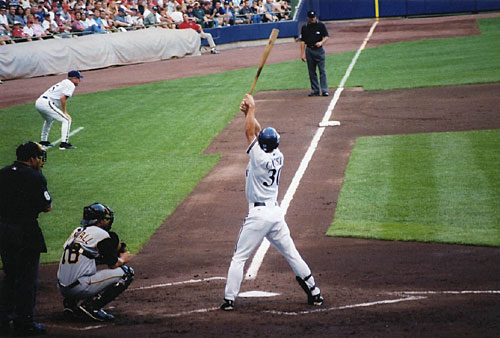