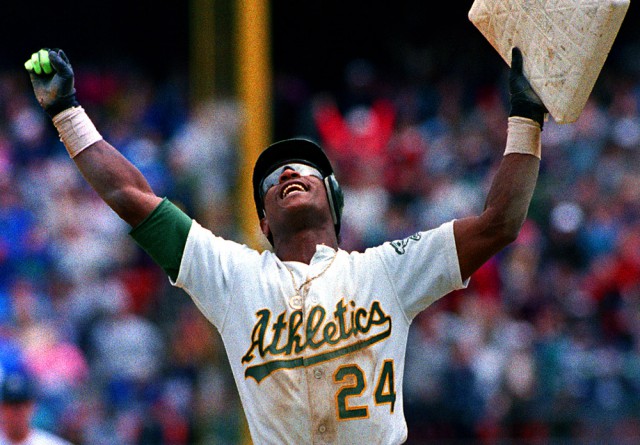 On May 1, 1991 — 24-years-ago today — Rickey Henderson passed Lou Brock for the all-time stolen base record.

Such was the case with Rickey Henderson on that day in 1991, as this video of the event shows. Yet, despite the fact that everyone knew Rickey was going, he still got a huge jump and it wasn’t even close:

Of course Rickey wasn’t just stolen bases. He got on base and scored runs better than almost everyone in history. He hit for power. He played great defense when he was younger. Indeed, no player gets overlooked more than Rickey Henderson when it comes to the Greatest Living Ballplayer conversation. I still think it’s Willie Mays right now with Hank Aaron likely second. Your mileage may vary on Bonds depending on what you think of him, obviously. But if Rickey Henderson isn’t on your short list, I don’t wanna know you.