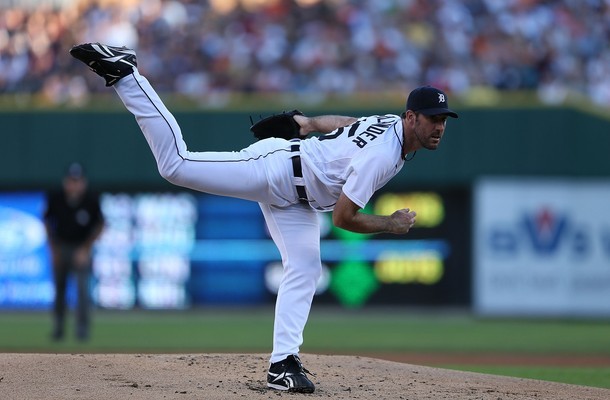 Douglas Adams, from “The Hitchiker’s Guide to the Galaxy”:

“It is worth repeating at this point the theories that Ford had come up with, on his first encounter with human beings, to account for their peculiar habit of continually stating and restating the very very obvious, as in “It’s a nice day,” or “You’re very tall,” or “So this is it, we’re going to die.”

His first theory was that if human beings didn’t keep exercising their lips, their mouths probably shriveled up.

After a few months of observation he had come up with a second theory, which was this–“If human beings don’t keep exercising their lips, their brains start working.”

Justin Verlander is evidence that, if their arms stop working, their brains start working and then their lips start moving and, sometimes, that’s the worst possible thing:

Idea… Guys that are linked to possible PED use and want people to know they are clean. Take a lie detector. #justathought

Lie detectors are totally useless, by the way. But I think most of you knew that.

Justin, get well soon. We need you to be doing the things you’re good at, OK?