You’ll recall Major League Baseball’s “Franchise Four” thing, in which fans vote for “the most impactful players who best represent each Major League franchise” and some overall categories as well. It’s MLB.com clickbait and debate fodder, but what are we about here other than clicks and debates, so we’re all for it.

Anyway, interim results are out. The highlights include Hank Aaron, Willie Mays, Sandy Koufax and Tom Seaver currently leading in the “Greatest Living Players” category. Which is sad. I mean, it must mean Barry Bonds has died in a tragic cycling and/or Google Glass accident and no one thought to tell me.

Also interesting: Nolan Ryan (Angels, Astros and Rangers) and Randy Johnson (Mariners and Dbacks) are on multiple teams’ Franchise Four. Notably, Greg Maddux — who is probably one of the best four Braves and Cubs — likely doesn’t have as good an argument to be on either of those teams’ “Franchise Four” lists given how his career was divided, but has a better argument for being on the Greatest Living Players list than Koufax does. But that’s democracy for you. He is on the Braves’ list, but I think Dale Murphy should be there, given that Maddux was a hired gun. 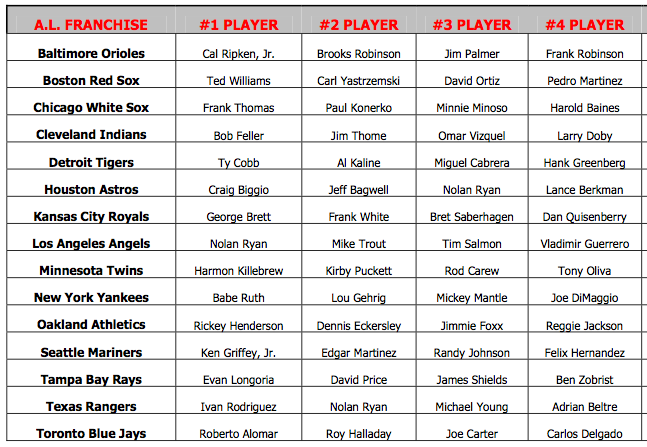 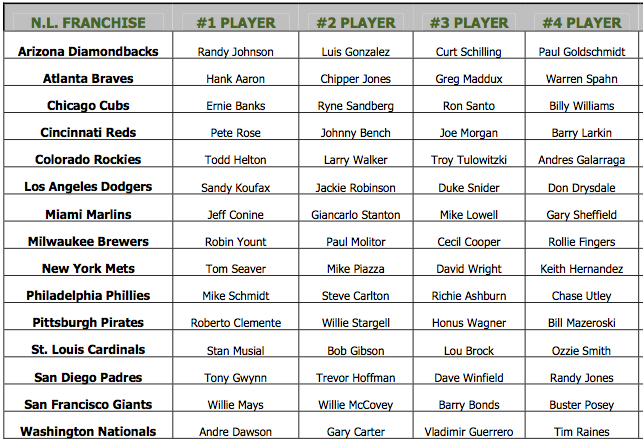