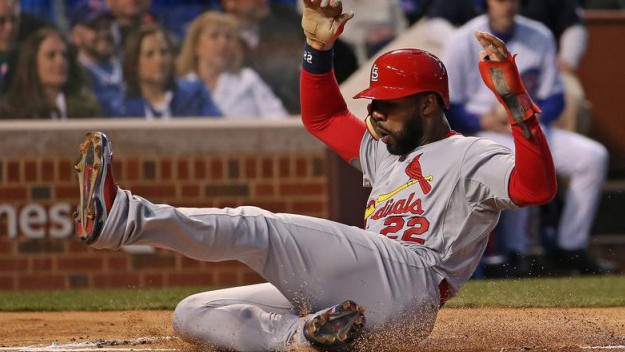 Cardinals 3, Cubs 0: Jason Heyward went 3 for 5 with a couple of doubles and a stolen base. Nice pickup. As for the Cubs, Jon Lester was shaky, the defense was pretty terrible-looking all night long and they were awful with runners in scoring position. And they’ve yet to use all that money they’re going to save on Kris Bryant’s delayed service time to add a couple of new bathrooms. All of the offseason excitement in the world is only worth so much, I guess.

But seriously, guys: don’t sweat it too much. A single-game “Opening Night” lends itself to single game overanalysis. Frankly, that’s the worst part of not opening with 10-15 games at once. After a whole month of playoffs in which every game is important, three months of football in which every game has outsized importance and then all of the March Madness stuff, we’re all wired to put too much stock in the outcome of a three-hour event. To read and write column-length breakdowns and talk about the “storylines” and “what we’ve learned” and all of that jazz.

Let’s not do that here, OK? Last night was one baseball game which amounts to a little over one half of one percent of the baseball season for these two teams and is less than one half of one one-thousandth of the entire baseball season overall. The beauty of baseball season is that it’s long and no one game really matters all that much. When bad things happen, there’s always tomorrow. Let’s try to remember how to get back on that footing again, shall we?