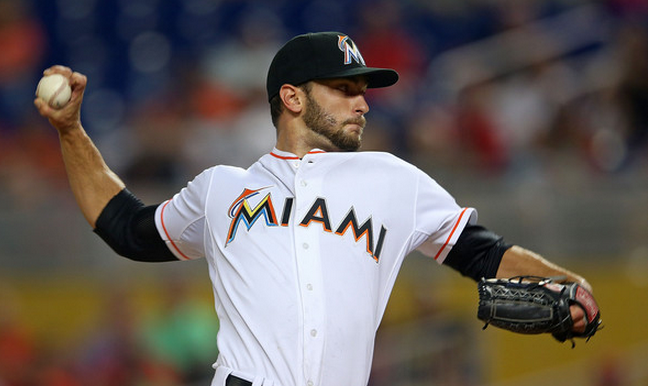 This could be nothing. Or it could be something. It’s so weird that it’s hard to get a handle on it. But it’s something that, according to the Miami New Times, MLB is “looking into,” so it’s at least on the radar of interesting.

Short version: Miami Marlins pitcher Jarred Cosart was in some weird Twitter exchange last night, the upshot of which suggested that he’s a gambler. Like, a big gambler:

The person who tweeted that is, apparently, involved in online gambling and the exchange was much discussed in those circles last night. After a lot of people started tweeting at Cosart he deleted his tweets and then deleted his account. This morning he’s claiming he was hacked, which, OK Jarred.

To be sure, it’s totally unclear what, if anything, Cosart “bets LARGE” on. This time of year it’s a decent bet that it’s college basketball or something. It’s also unclear whether, if there is actually gambling here rather than just big dumb talking, it’s illegal gambling or is otherwise violative of MLB rules. But hey, that’s why MLB is looking into it, right? And it’s entirely possible that MLB is more concerned with Cosart being a social media doofus than anything having to do with gambling.

In related news, why ballplayers don’t realize by now that tweeting things is equivalent to standing in front of an open mic and a camera crew is beyond me. As is why they think deleting tweets or their account solves anything. The internet never forgets.