I took this photo yesterday: 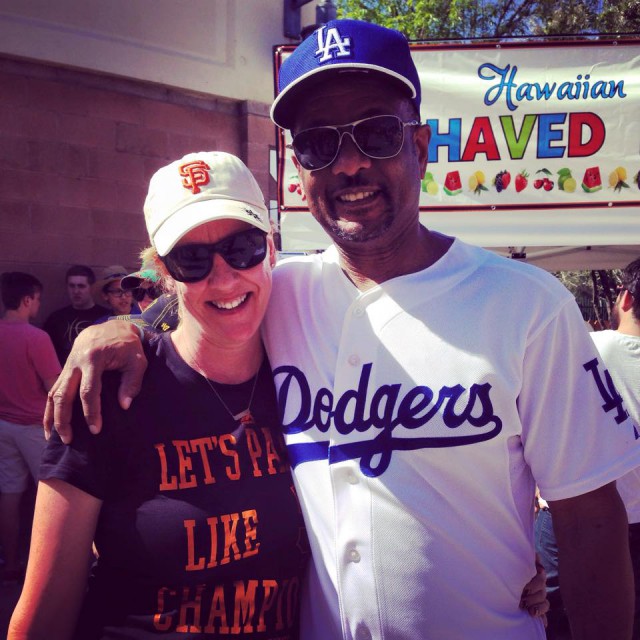 I’m an awful reporter so I neglected to get their names. But I did make a note of what the man said when I took the picture:

I feel like the Dodgers-Giants thing would be the deal-breaker here. I mean, if I met an otherwise perfect woman for me but found out she was a Phillies fan, I’d probably ruin any shot I had at her by being a big jerk and making jokes about the Ryan Howard contract, Ruben Amaro and obnoxious fans and stuff until she just stopped returning my calls. But that’s me. These people are way better than me.

Still, part me wonders if she ever goes out of her way to mention how long ago 1988 was. God knows I would.