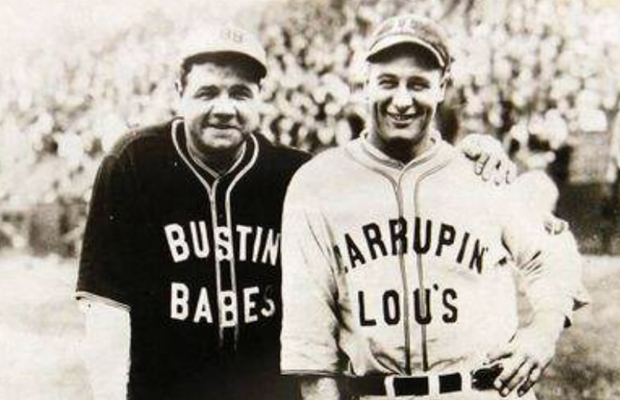 I’ve heard Babe Ruth’s voice a few times in various movie clips, radio spots and the like. But outside of his famous luckiest man on the face of the Earth speech — and really, most of have heard Gary Cooper do that more often — I hadn’t heard Lou Gehrig’s voice all that much. I assume more audio of him exists than I know of, but I just haven’t heard it nor, do I suspect, have a lot of folks.

All of which makes this video — well, video clip of audio — that Buster Olney tweeted out this morning pretty cool. It’s Babe Ruth and Lou Gehrig bantering following the 1927 season. Give a listen to “Babe and Lou: The Home Run Twins”: