It was just an average day at Giants camp on Monday, as you’ll see below courtesy of the team’s official Twitter account: 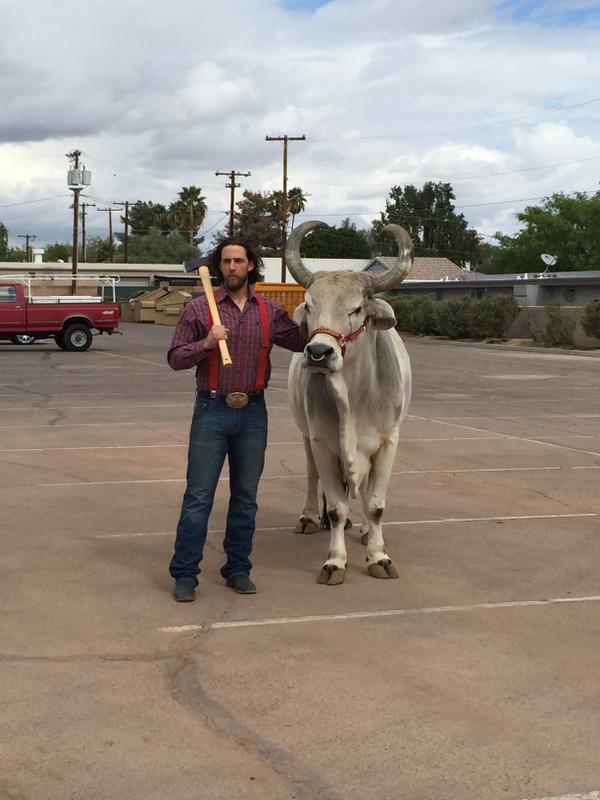 Yes, that is 2014 World Series MVP Madison Bumgarner dressed up as Paul Bunyan with a bull at his side. I’d like to believe that Bumgarner just travels all the time like this. Heck, who’s to say he doesn’t? However, this scene was actually part of a photoshoot for Giants Magazine. It’s nice to see that the Hickory, North Carolina native has a good sense of humor about his image.