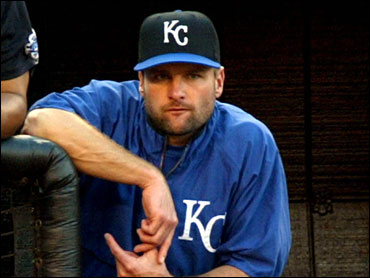 A tweet from former Yankees second baseman Chuck Knoblauch after learning that Andy Pettitte was going to have his number retired by the Yankees:

Congrats to 46. Yankees retiring his number. Hopefully they don’t retire it like his HGH testimony.

Not exactly the clearest point, but I assume this to be either (a) an attempt at a comment about how Pettitte gets something of a free pass for his PED use; or (b) a more specific beef about the days in which both Knoblauch and Pettitte were testifying before the Roger Clemens grand jury given their mutual ties to Brian McNamee. Which, presumably, entailed some behind the scenes drama about which we do not know.

If it’s the former, well, yes, it is true that Pettitte has gotten off exceedingly easily compared to other players with the PED stuff. We’ve documented that here in the past, of course. Unlike Knoblauch, however, we don’t consider that to be a fault of Pettitte’s as much as it’s a blind spot — selective or otherwise — on the part of the media which covers him. Heck, it’d be better if all players had their PED past reduced in significance when it comes to documenting their legacy because, contrary to what the media tells you, it’s very rarely the most interesting thing about any given player.

But whether it’s that, some grand jury issue or some bit of personal intrigue between Pettitte and Knoblauch, I’m inclined to ask where in the hell Knoblauch gets off launching any sort of criticism at anyone given his pretty damn sordid past. It’s always useful to observe the disparate treatment of players by the media and the public, but in Knoblauch’s case, there’s a pretty good reason for disparate treatment.

As for Pettitte: his number retirement is good for him and the fans who enjoyed watching him play. If you don’t like the way he’s talked about compared to other players, do what we do and take that up with the New York Daily News, the New York Post, ESPN or whoever is doing the comparing. But don’t hate on a guy who seems pretty damn decent and who has brought joy to millions. Especially if you don’t have any claim whatsoever on the moral high ground.