For those who didn’t see it, here’s a screenshot of the tweet that was eventually deleted: 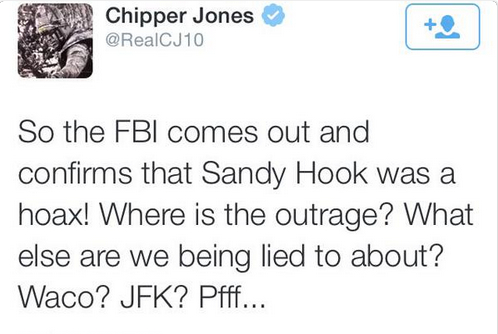 It’s hard to comprehend the level of stupid it would take to post something like that, but Jones has said some pretty strange things in the past. Fortunately, Jones came to his senses and issued the following apology this afternoon:

My apologies for my Sandy Hook tweet yest. I had heard something from someone which I thought to be credible and tweeted w/out researching.

It was irresponsible of me to do that and will not happen again. Please accept my heartfelt apology to those who were hurt or offended.

After a couple of incidents like this, let’s hope that Jones will think twice next time before hitting “tweet.”