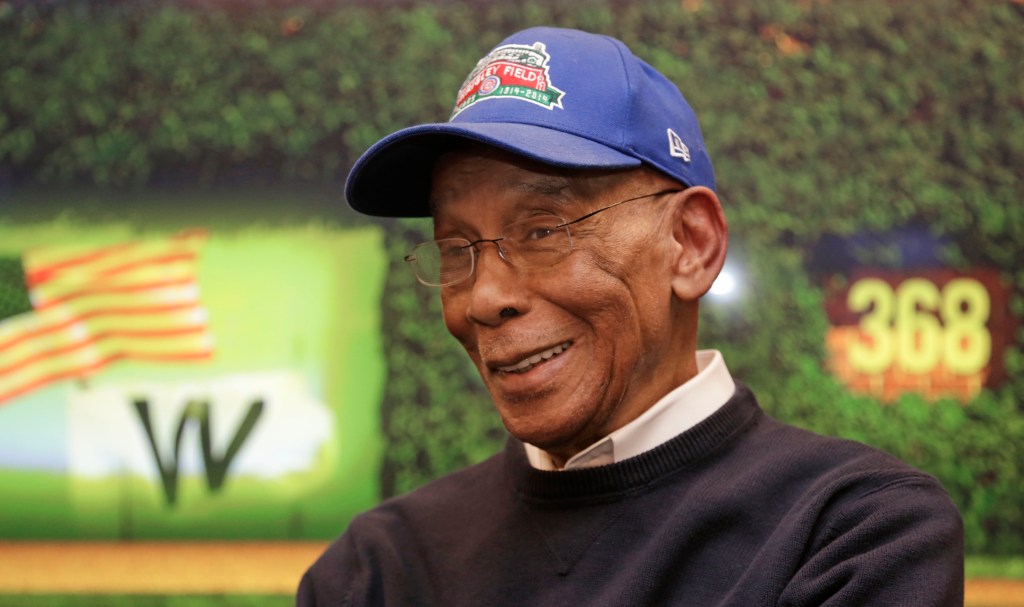 Since the sad news of Ernie Banks’ passing late last night, we have seen an overwhelming number of tributes from those both inside and outside the baseball world. This man made a profound and lasting impact for anybody who was lucky enough to know him or watch him play. Below is a look at some of the wonderful tributes:

Cubs chairman Tom Ricketts: “Words cannot express how important Ernie Banks will always be to the Chicago Cubs, the city of Chicago and Major League Baseball. He was one of the greatest players of all time. He was a pioneer in the major leagues. And more importantly, he was the warmest and most sincere person I’ve ever known.  Approachable, ever optimistic and kind hearted, Ernie Banks is and always will be Mr. Cub. My family and I grieve the loss of such a great and good-hearted man, but we look forward to celebrating Ernie’s life in the days ahead.”

Banks’ former teammate Billy Williams, via Carrie Muskat of MLB.com: “It was so sad to hear the news. You thought that with Ernie, and what he was all about, being a positive person, you thought he would live forever. It’s really sad to hear of the passing of him. When you hear this, you think of all the good times you had together, the enjoyment you had together as teammates, just enjoying the game of baseball.”

Tom Verducci of SI.com: “None of the great such love affairs were purer than the one between Chicago and Banks. You need not have qualified your devotion to him. He was a man of and for the people, not some baseball god visiting from Olympus. How fitting that Banks played his entire home career in daylight and endorsed cookies made by a company called Sunshine. The guy was a walking dose of vitamin D.”

ESPN’s Michael Wilbon: “I bought two Ernie Banks throwback jerseys 10 or so years ago, the heavy wool ones they wore in the early 1960s. I’ve never asked for an autograph otherwise, never ever, but I told Ernie I had the jerseys and I’d like him to sign them so I could frame and hang them. He said, “I want you to do me a favor. Wear ’em to a game or something. Don’t frame ’em. They were made to be worn.'”

ESPN’s Tim Kurkjian: “That was Ernie Banks. One game in a day wasn’t enough, and when there were two, he wanted three. No one, but no one, loved playing the game more than Ernie Banks. And not many played it better, especially as a young man when he changed, at least for a few years, the way baseball looked at the position of shortstop. He is a Hall of Famer, one of only 26 players who have hit at least 500 home runs (he finished his 19-year career with 512). And he is, in every way, on and off the field, Mr. Cub.”

Chicago mayor Rahm Emanuel, via the Chicago Tribune: “Ernie Banks was more than a baseball player. He was one of Chicago’s greatest ambassadors. He loved this city as much as he loved — and lived for — the game of baseball. This year during every Cubs game, you can bet that No.14 will be watching over his team. And if we’re lucky, it’ll be a beautiful day for not just one ballgame, but two.”

Statement from Commissioner Selig on the passing of Ernie Banks: pic.twitter.com/sidygEYGzY

Rest in Peace Ernie Banks. You will truly be missed #MrCub

Ernie Banks will be missed. He taught me and the rest of my team mates how important a positive attitude is. Much respect for his family.

Mr Cub. What you have done for the game of baseball the city of Chicago and everyone you have ever touched will never be forgotten. RIP

The word transcendent should be reserved for very few people. Ernie's legacy was exactly that. Folks from all walks of life affected by him

My 1st baseball hero growing up in Gary,IN. was "Mr Cub" Ernie Banks. Would race home to watch the Cubbies on WGN. RIP to a legend&gr8 man!

Sad to hear about the passing of Ernie Banks. Happy, positive, enthusiastic every minute of everyday. RIP #MrCub

New to the @cubs family but always admired Ernie Banks. Mr. Cub's play on the field was only matched by his demeanor off of it. #LetsPlayTwo

RIP Mr. Cub Ernie Banks……thank you for all of your contributions to the game we both love! 🙏

Oh man……I just heard the news, @BaseballHall Ernie Banks passed away. He was only 83. One of a kind. True friend and a gentleman @Cubs

Saddened to hear of the passing of my dear friend Ernie Banks. Condolences to his family. He will deeply be missed. pic.twitter.com/7YM7gmimed

Sad to hear about the loss of the great "Mr. Cub." He defined passion and optimism. #LetsPlayTwo @Cubs #Cubs pic.twitter.com/1jFeiUMniJ

You can bet there will be many doubleheaders played in heaven! @cubs #letsplay2

Ernie asked me who was in charge of the Seven Wonders of the World.  When I asked why, he said he heard they were being re-evaluated (1/2)

re-evaluated and that he wanted to be sure Wrigley Field made the list.  RIP Mr. Cub. You will be missed and revered in Cooperstown. (2/2)