Here is what has happened for Bud Selig today, all of which took place before lunchtime where he is out in Arizona:

Then this happened at the owners meetings:

It’s like Michael Corleone during the christening sequence in “The Godfather.” If you had any outstanding accounts with the Commissioner today, well, you best be wearing a bullet-proof vest.

He only has nine days left as commissioner. But it’s never to late to earn another one of these: 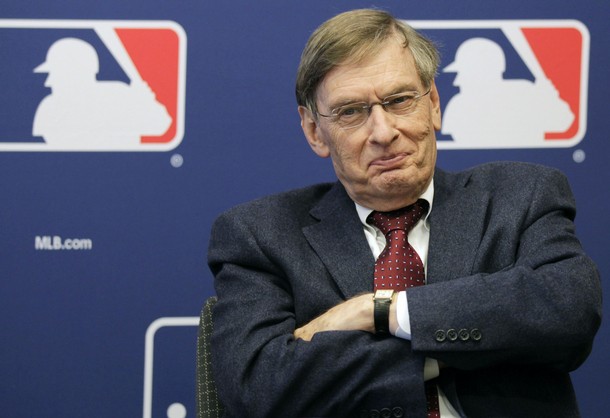 God, we’re going to miss him.