Michael Schur, the creator of NBC’s “Parks and Recreation” is known by certain baseball fans as “Ken Tremendous,” one of the geniuses behind the late, great “Fire Joe Morgan” blog. FJM was famous for skewering faulty, dense and otherwise clueless baseball analysis and commentary. If someone was being dumb about baseball stats, extolling grit over actual performance or otherwise had their head up their butt, FJM would eviscerate them.

Last season on “Parks and Rec” there appeared, briefly, the sign for a law firm which gave a wink to all of that stuff. Last night, on its final season premiere, Schur and/or a like-minded writer and/or set-designer struck again, this time with an expanded version of the same joke: 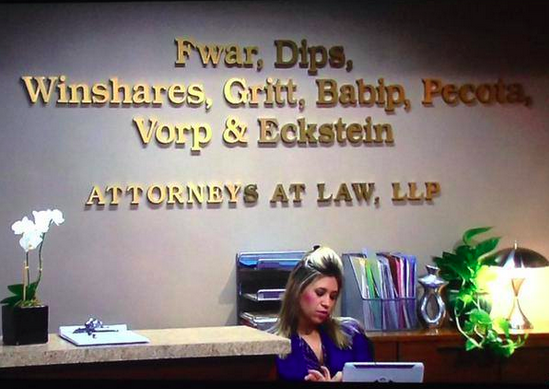 That may be the first time someone has gave even a passing thought to Win Shares in years.