Hopefully you watched it live on NBC this afternoon, but if not, below is a look at the scene from the 2015 NHL Winter Classic at Nationals Park in Washington, D.C. In front of a crowd of 42,832, the Washington Capitals defeated the Chicago Blackhawks 3-2 on a last-minute goal from Troy Brouwer. 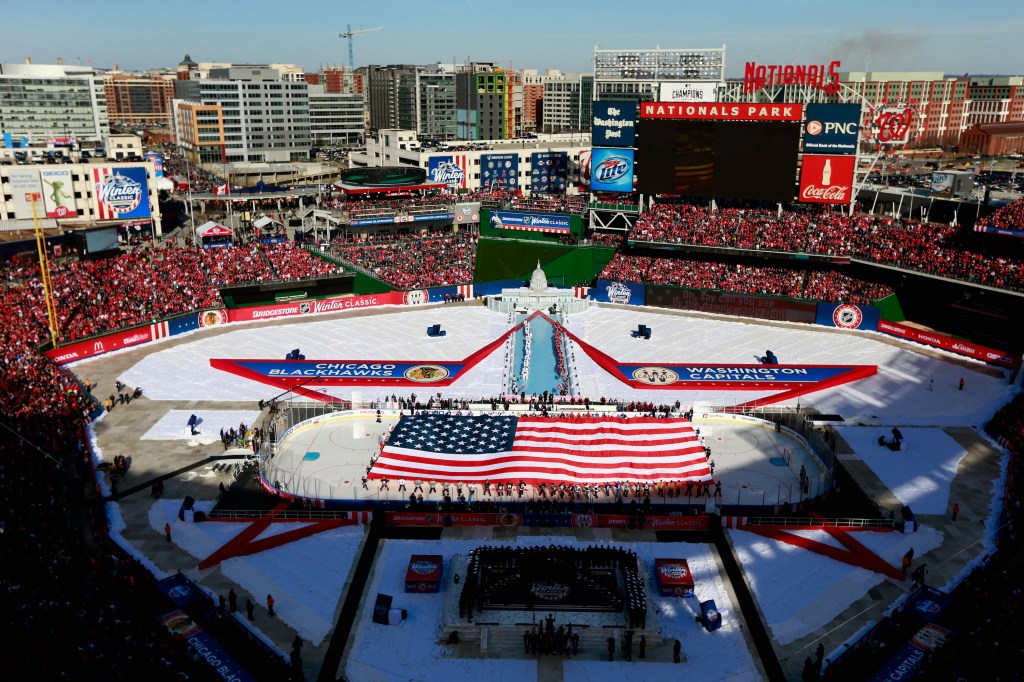 The Winter Classic is easily one of my favorite sporting events of the year. Outdoor hockey is a fun visual and it’s fascinating to see how these baseball stadiums are transformed to accommodate it. It’s a great thing they have going.

Nationals general manager Mike Rizzo was on hand for today’s game and raised some eyebrows by wearing a Blackhawks jersey. It was a throwback Bobby Hull jersey, to be exact. Rizzo is from Chicago, so you have to respect him for supporting his hometown team even if it might seem awkward on the surface.

Here’s a video of an interview with Rizzo, courtesy of CSNWashington.com:

According to Mark Zuckerman of CSNWashington.com, Capitals defenseman Brooks Orpik said they noticed Rizzo wearing the jersey and that it “got us going.” Whatever works for you.