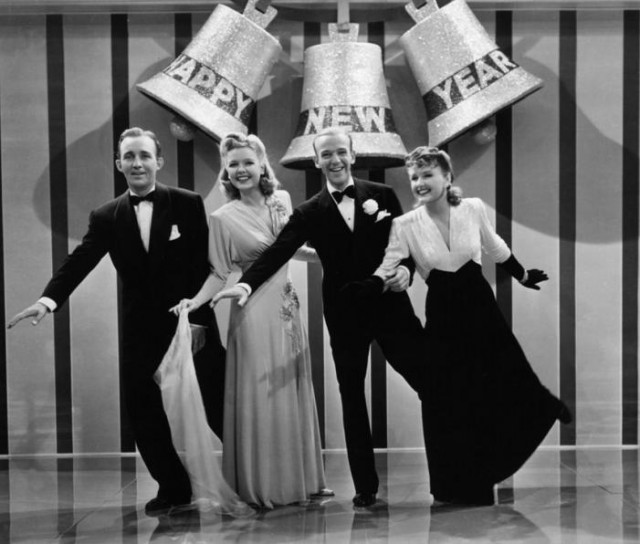 That’s me, Aaron and our dates this evening. D.J. took the picture. Drew, Bill and Matthew are off getting more champagne. It’s quite the party at HBT HQ.

2014 was pretty swell if you were the San Francisco Giants, the Kansas City Royals, their fans and anyone who profited from the Derek Jeter Industrial Complex. It was good for Dr. James Andrews and his colleagues. It was good for Big Cortisone. It seemed to sort of suck for most everyone else to some degree or another. It confused many more people. Maybe most years are like that, I don’t know.

But here’s hoping that 2015 is good for everyone. It probably won’t be because the world just doesn’t work like that, but the point of the early hours of January 1 is to be optimistic that maybe, just maybe, it’ll be different this time. And that we’ll all make it through this year, if it kills us.