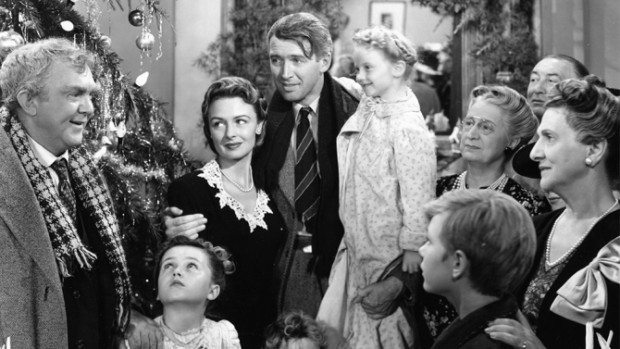 It’s Christmas Eve and news has ground to a halt, of course. So I’ve just mixed myself a Manhattan and sat down in front of “It’s a Wonderful Life,” as I am wont to do on Christmas Eve.

I always have a lot of thoughts when I watch this movie. Things like “why didn’t I marry the 1946 version of Donna Reed?” and “how can George and Billy avoid jail for stealing Building and Loan funds simply because their friends covered the losses?” Obviously they didn’t break the law, but at the time it was presumed that they did, and you’re not absolved of embezzlement simply because you replaced the funds later.

Those are just passing thoughts, of course. I love this movie more than most movies. It’s probably a top-five for me, all-time. If for no other reason than the speech George gives Mr. Potter before the big board vote. Which, it’s worth noting, is more relevant today than it was for most of the 68 years since the movie came out. And because I dream of re-creating Pottersville someplace someday. Pottersville looked to be a lot more fun than Bedford Falls. After all, they serve hard drinks there for men who want to get drunk fast, and they don’t need any characters around to give the joint “atmosphere.” Is that clear, or do they have to slip you their left for a convincer?

But even though I have seen this movie at least 30 times — and that may be a conservative estimate — I still have new questions each time I see it. This year’s new one: what baseball team do people from Bedford Falls root for?

It’s generally assumed that Bedford Falls is modeled on Seneca Falls, New York (at least it’s assumed that by people in Seneca Falls). I have no idea who they root for there now — probably the Yankees — but it may have been different in 1946. They had a choice of three teams then: the Yankees, Giants and Dodgers.

Bedford Falls is generally described as a town stuck in the past. The forward-thinking George generally hates the place, and it’s probably safe to assume that the town’s heyday was in the early part of the 20th century. The Giants owned the first few decades of the 20th century more than the Yankees did, really. The adults in Bedford Falls were already grown up when the Yankees started to really kick butt. I’m going to guess it’s a Giants town, but if you have any other ideas, please share.

Anyway: Merry Christmas, ya wonderful old Building and Loan. And happy new year to you. IN JAIL!!! Go on home, they’re waiting for you!